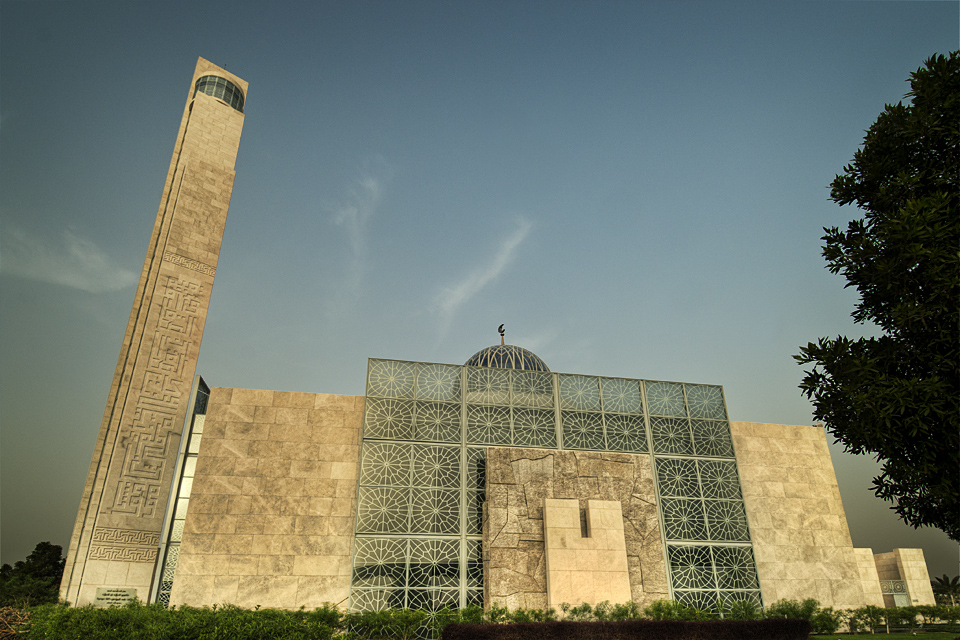 As those of you living in Dubai (or UAE for that matter) might have noticed, today was not a great day for shooting outdoor. I was planning on shooting some blue hour cityscapes on the Palm Jumeirah, but upon my arrival there I realized there was no way I could shoot things that were too far away from my lens. I simply couldn’t see them!

To not completely waste my afternoon I decided to take a few images of the only mosque on the Palm Jumeirah, the Abdul Rahman Sadik Mosque. From an architectural point of view, it’s an unusual mosque for Dubai, looking very modern, with straight lines and a contemporary style. The one thing that helped me with this shot was my polarizing filter, which helped to cut down on the glass reflections on the facade.