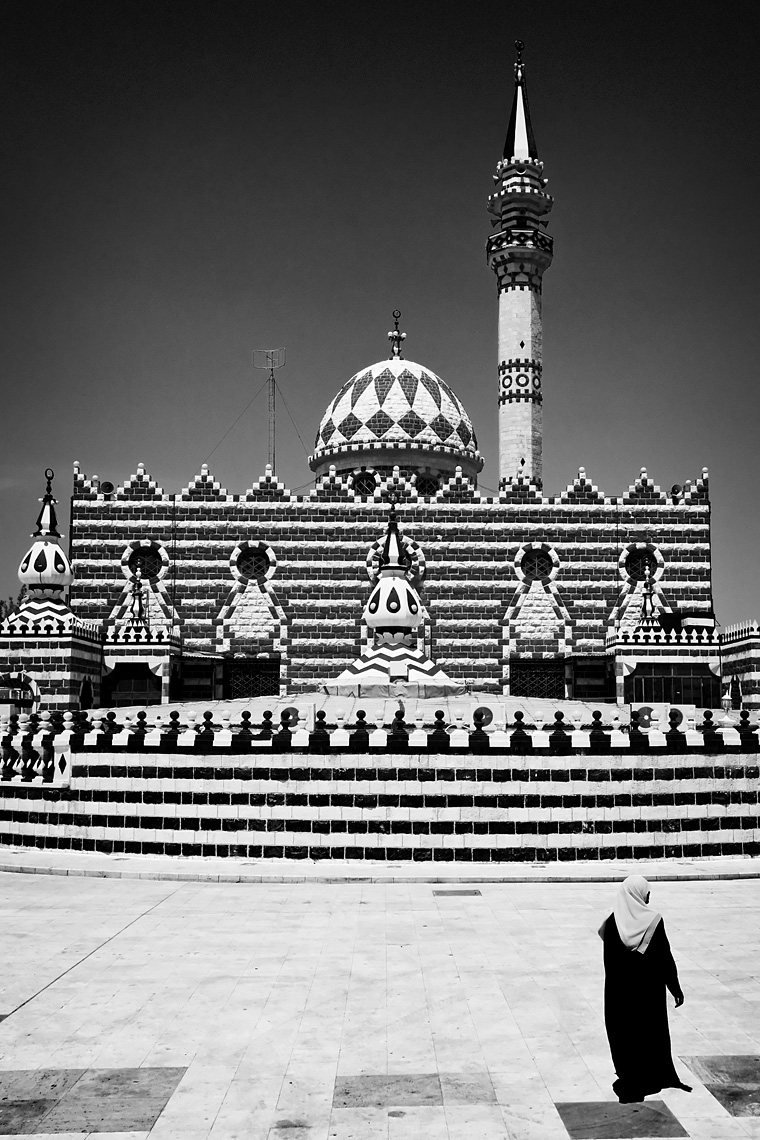 AmmanÂ is an interesting city, but I wouldn’t call it a great city. It doesn’t seem to posses the large, exotic souks of other Middle Eastern cities or the huge and impressive mosques of Oman, Morocco or the UAE. It’s got some very interesting Roman ruins in its aptly named Citadel and a beautiful old Roman theater of which I will post photographs in future posts.

However, the thing that impressed me most in Amman was the Abu Darwish Mosque sitting at the top of Jebel Al-Ashrafiyeh. It’s not a big mosque and it’s not an old mosque (it was built in 1961), but its alternating layers of black and white stone make for a very pretty mosque. One that looks great in black and white photography.