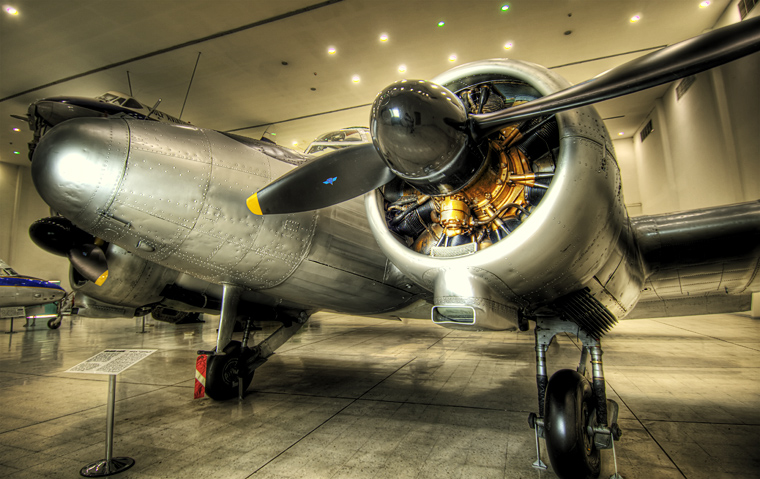 Today, I took Alex’sÂ advice and went to visit the Mahatta Fort Museum in Sharjah, a museum dedicated to the old days of flying in the Middle East, when a trip from the UK to here was a lot more than 6 hours in an Airbus or a Boeing being served wine and beer by good looking ladies. The museum is located whereÂ the old airport of Sharjah used to be, which in the ’30s was the onlyÂ airport in the UAE and was used for refuelling planes on their way to Asia or Australia.

Alex does a far better job than me writing about the museum and those times so I suggest you read his postÂ on the subject if you would like to know more. The only bit of information I want to add is a quote from one of the plaques in the museum about how the British engineers spent their time while living in Sharjah for up to a year:
“One day a week the men travelled in the back of a lorry to Al Khan beach where they swam and dived off a wrecked tug. On Sundays transport was provided to Dubai following tracks in the sand that were dependent on the tides. Occasionally a Land Rover was hired from the RAF and with an experienced leader trips were made into the desert”.
For those of you not from around here, Sharjah is now a 15 minute trip from Dubai (traffic not included!).

As for the photograph, I took this one in the hangar that displays the various planesÂ that were used throughout the Persian Gulf in the ’30s, ’40s and ’50s. This particularÂ plane belonged to the Gulf Aviation Co. now known as Gulf Air.