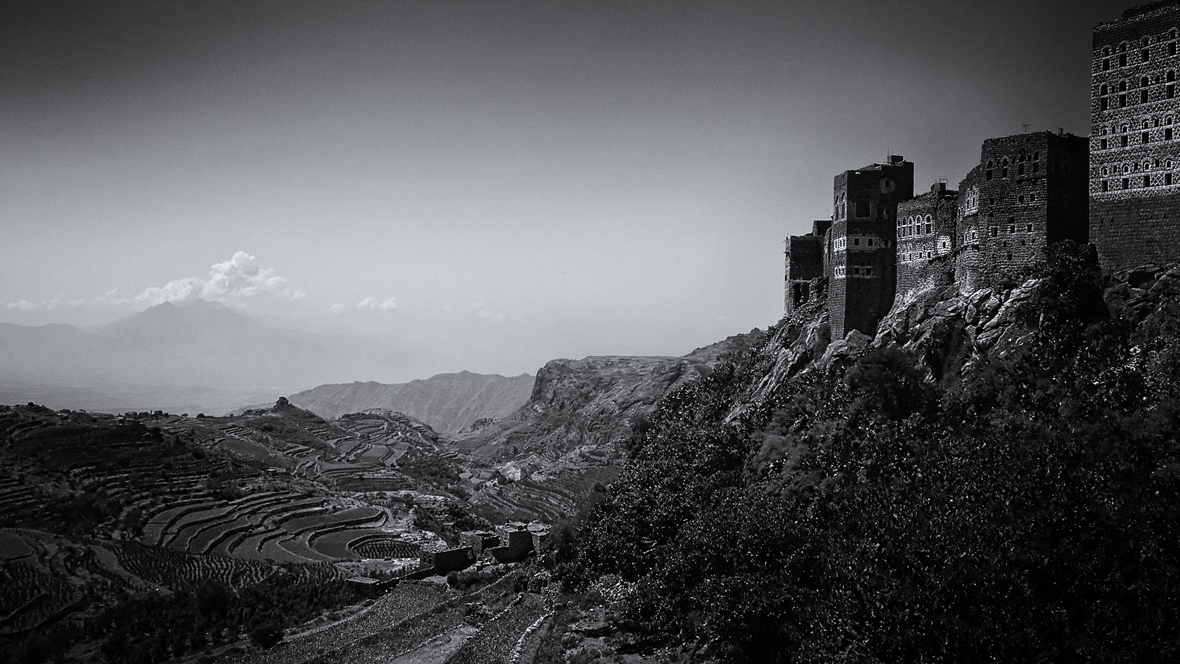 Watching the news these days seems to be a constant stream of bombings and wars and more and more countries seem to be caught in this spiraling descent into violence. Many parts of the Middle East have now been ravaged by violence for a lot of years and I was really sad to see the deteriorating situation in Yemen over the last few months. I’ve only been to Yemen once in 2006 and although even then the country wasn’t considered exactly safe, you could at least move around the capital Sanaa freely and visit some of the beautiful mountains just to the North of the city.

The countryside in Yemen is spectacular and some of the old villages are unlike anything else in the world. Al Hajjara for example, where this photograph was taken is the site of some of the first “skyscrapers” in the world, 5-6 stories tall buildings built in the 12th century that look like they are rising straight from the mountain. I really hope that someday I will be able to go back and explore more of what Yemen has to offer!

Also, if you want to see some great shots taken in Yemen, have a look at my friend’s Katarina’s work from there.