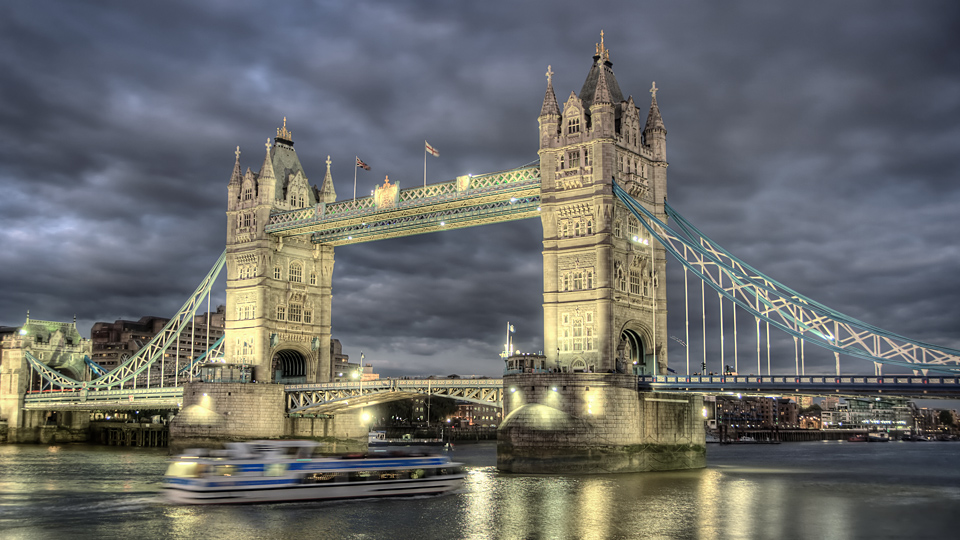 As some of you might have noticed I haven’t posted many “heavy” HDR (high dynamic range) images in the last few months, mostly because nowadays I use Photomatix in more subtle ways going for a more natural look in my images. However, every once in a while I get the urge to go crazy with an image letting some of those surreal skies that Photomatix produces come through in my final image.

I took the photo below last year in September when I spent a few days in the UK. London looked great that evening and the sunset really lit up the sky (as you can see here and here). This shot was taken a bit later in the evening when the sky was already quite dark, but I still liked the way the Tower Bridge looked.

As for the post-processing, it was a bit complicated because of the moving boat. I initially tone-mapped the image in Photomatix from 7 bracketed shots and I then took the properly exposed shot on its own through Photomatix, combining the resulting images in Photoshop.