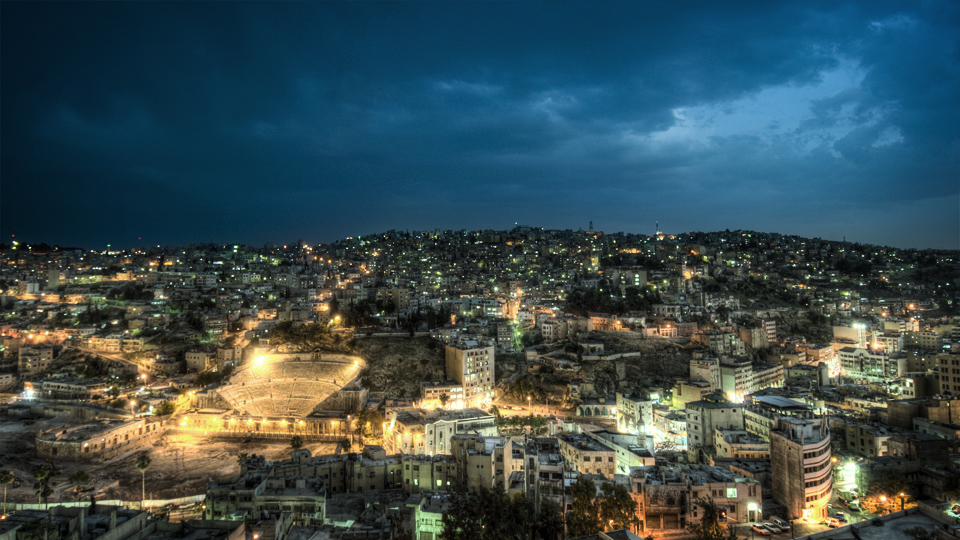 Couple of months ago when I was in Jordan, I spent one late afternoon and evening at the Citadel, which is high up above Amman, waiting for the sun to go down so I can photograph the city during the “blue hour”. I was also quite lucky with some stormy clouds showing up on the horizon which made the sky a bit more interesting to photograph. One famous site of Amman is visible in the lower-left side of the image and it’s the Roman Amphitheatre, built during the reign of Antonius Pius (138-161 AD). It can hold up to 6000 people and it is still in use today.

As for the post-processing, I went with a tone-mapped version of this image, made out of 5 separate exposures. However, because the clouds were moving quite fast, the sky is blended from one of the original exposures to minimize movement in the clouds.