Among the dunes (doing a Canon 1D Mark IV review) 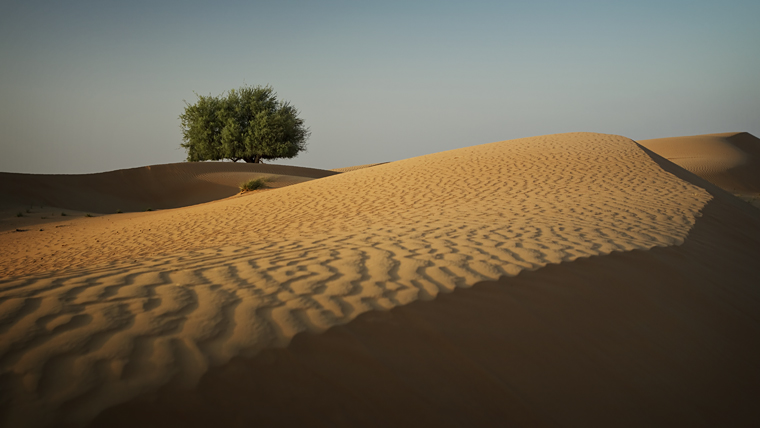 As some of you might be aware, last week I had my hands on the new Canon 1D Mark IV and although I’m a Nikon shooter it has been a very pleasurable experience that left me wishing that Nikon Middle East would be as sharp as Canon when it comes to promoting their new cameras. But I digress. Before I go on with my review, please keep in mind that I don’t review cameras for a living and these are purely personal opinions with which many of you might disagree.

My first impression of the new 1D was that it was light. It felt light in my hands, quite a bit lighter than my D300s with a battery pack. Which is a great thing for a top of the range camera. Fortunately, light didn’t mean badly balanced, at least with a small lens. I only had the 16mm-35mm f2.8 lens which is not a big lens so I’m not sure how the balance is when using a lens likeÂ the 70mm-200mm or something even bigger.

Knowing that the 1D is a camera aimed mostly at sports shooters, the first thing you want to try is how fast will it shoot. It shoots FAST! At 10 fps, it’s the fastest full-res camera on the market and although it’s not full frame like the Nikon D3s, the speed is mind-numbingly fast. While we’re talking about sports, the AF system seems to be very complicated to setup and I haven’t even scratched the surface. After reading a few other reviews, they all seem to say that it’s a very complex system that once setup the way you want it will work great.

The thing that impressed me the most was the quality of the files. The resolution is 16MP and with the 16mm-35mm lens, the images look just great! If you wouldÂ look at the high-resolution version of the shot I posted a couple of days ago, you can see every singleÂ blade of grass. Also, the colours are very pleasing to the eye, a touch warmer and slightly more saturated than my D300s (at “Standard” settings on both cameras). Of course at 16MP you can crop quite a lot into a shot and still keep a high enough resolution to make a creative director happy.

Those of you shooting bracketed images will be happy to know that you can bracket shots with steps starting from 0.3 E.V. to 3 E.V. This level of control is great when shooting with HDR in mind, straight into the sun and trying not to over-expose your shots. However, out of the box, it’s slightly difficult to set the bracketing as you have to push 2 buttons at the same time and then move the wheel to set the steps. This brings me to my only gripe with the 1D Mark IV. Some of the buttons are placed in strange places.

Some buttons are difficult to get to with your fingers without taking your eyes of the viewfinder. I admit that me being used to shoot Nikon probably doesn’t help, but when in order to change the ISO I have to really stretch a finger just to get to the button I think there’s a slight problem. I think Canon could have added a lot more buttons that could be used with your thumb (which most of the times feels like it’s just sitting there doing nothing!), rather than filling the top area with buttons that can be operated only by your index finger.

In conclusion, the Canon 1D Mark IV is a great camera, particularly if speed is something you need. It shoots great looking files and would keep you happy for quite a long time. If it wouldn’t be for all the lenses and all the other accessories that I’ve got for Nikon, it would probably be a camera I would consider moving to.

As for the shot below, it was also taken with the 1D in the desert between Dubai and Al Ain just before the sun dipped behind the sand dunes. Not much processing in this one, just a couple of masked curves for the dunes, sky and the lone tree.