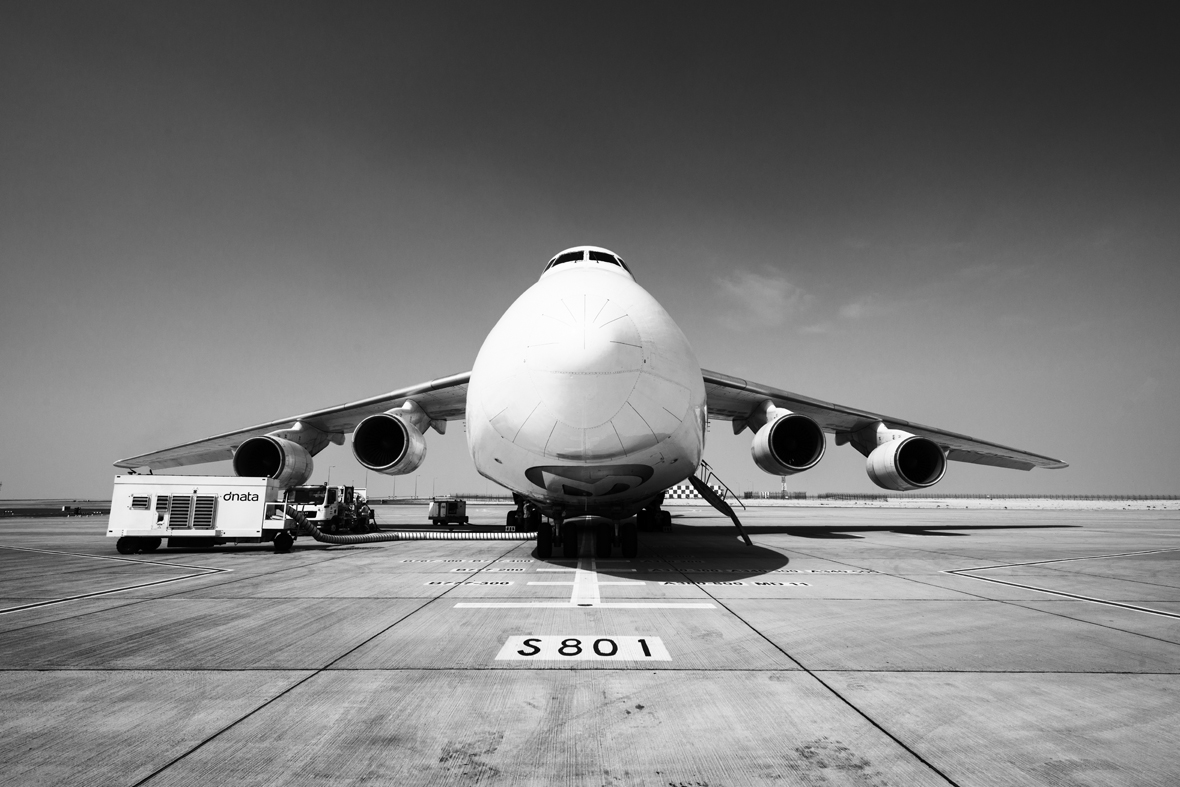 This is the second (and last image) I’ll be posting from my recent shoot for Aggreko and the Dubai World Central airport. I was commissioned to photograph some of their containers being loaded in this huge Antonov 124 airplane and in between doing the actual shoot I had a bit of time to look around the plane and get some images for myself.

Initially I was disappointed that all the support trucks were parked around the airplane as I was hoping for a clean shot of just the airplane, but then I realised that these trucks give a great sense of scale to the airplane as otherwise there would have not been anything to compare the size with.

On an unrelated note, if you’re planning on going to the Gitex Shopper expo here in Dubai, be sure to pass by the Nikon stand every afternoon as there will be plenty of interesting talks about photography. I’ll be doing one on architectural photography on Sunday 28th of September at 4.30pm.