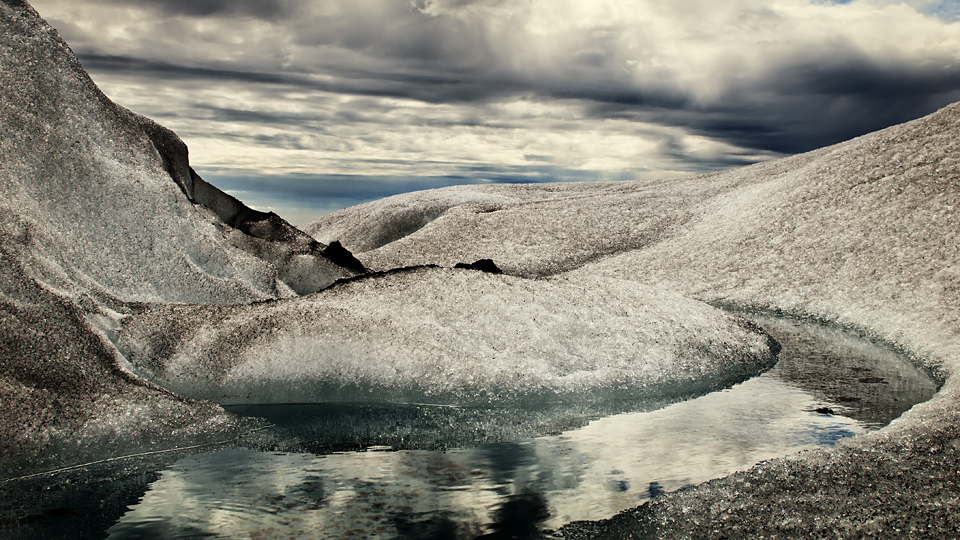 As I’m sure you all know, for a couple of months this year, Iceland has been in the daily news because of the havoc that the eruption of the EyjafjallajÃ¶kull Volcano played on the airline industry. When I got to Iceland last month, the volcano was pretty much quiet, but all around it you could see the aftermath of the eruption. Because EyjafjallajÃ¶kull is under a glacier (jÃ¶kull means glacier) a lot of the ice melted and caused big floods at the base of the volcano.

The eruption alsoÂ threw a lot of ash in the air and most of the glaciers in the south of Iceland (where the volcano is located) got covered in ash. I went hiking on the VatnajÃ¶kull glacier (the largest glacier in Europe) and although a lot of the ash stayed away from here, it still had quite a few black patches as you can see below.

One funny thing about Iceland and ash. The Icelanders have dificulty pronouncing the “sh” in ash and most of the times end up saying “ass” instead of “ash”. So, for the whole time I was in Iceland I heard “there’s a lot of ass around here”.