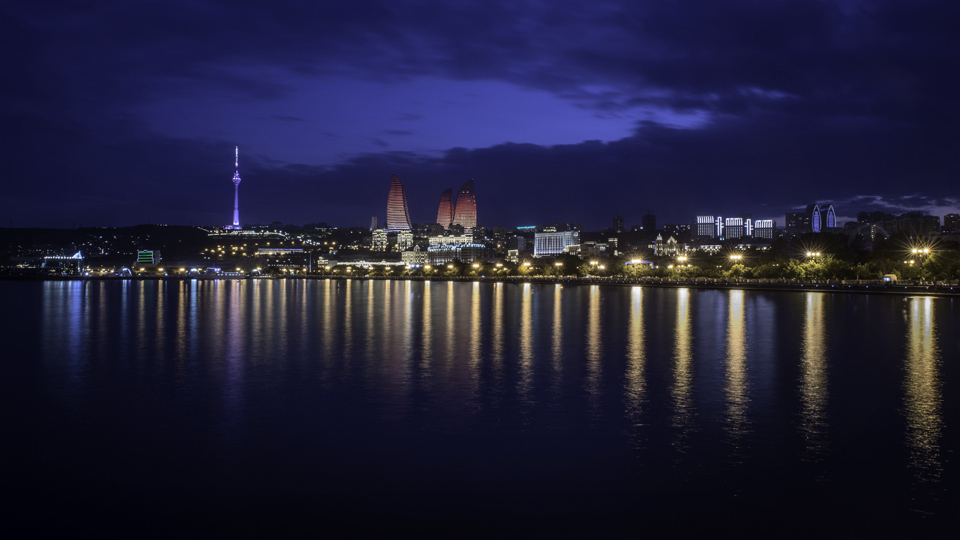 I just returned today from a quick holiday break in Baku, the famous Azerbaijani capital on the shores of the Caspian Sea and I’ve got one big advice for you – leave whatever preconceptions you have at home because you will be very pleasantly surprised.

We mostly spent our time in the city, but did manage to also go out of town for a day trip to Gobustan, a site famous for it’s petroglyphs and for the awesome mud volcanoes nearby. More on that in a later post as this post is more about the actual city. Baku has been through a lot in its long history, but it’s now seeing a huge resurgence mostly due to oil exploration and the money this brings in. On top of this, most of the city centre was renovated when Azerbaijan hosted the Euro-cheesy song contest EuroVision in 2012. The streets are incredibly clean and orderly, the old town makes you feel like you’re walking in one of Europe’s old inner cities and the food is delicious. There is one down-side to all of this growth that the city is experiencing – it’s not the cheapest place. The currency is on par with the Euro and prices are also comparable to Western Europe rather than Eastern Europe.

As for the image below, it was taken on the main city promenade with the beautiful flame towers in the background. The LEDs on these towers are pretty out there in terms of what they can do and in general this is a city obsessed with LEDs.