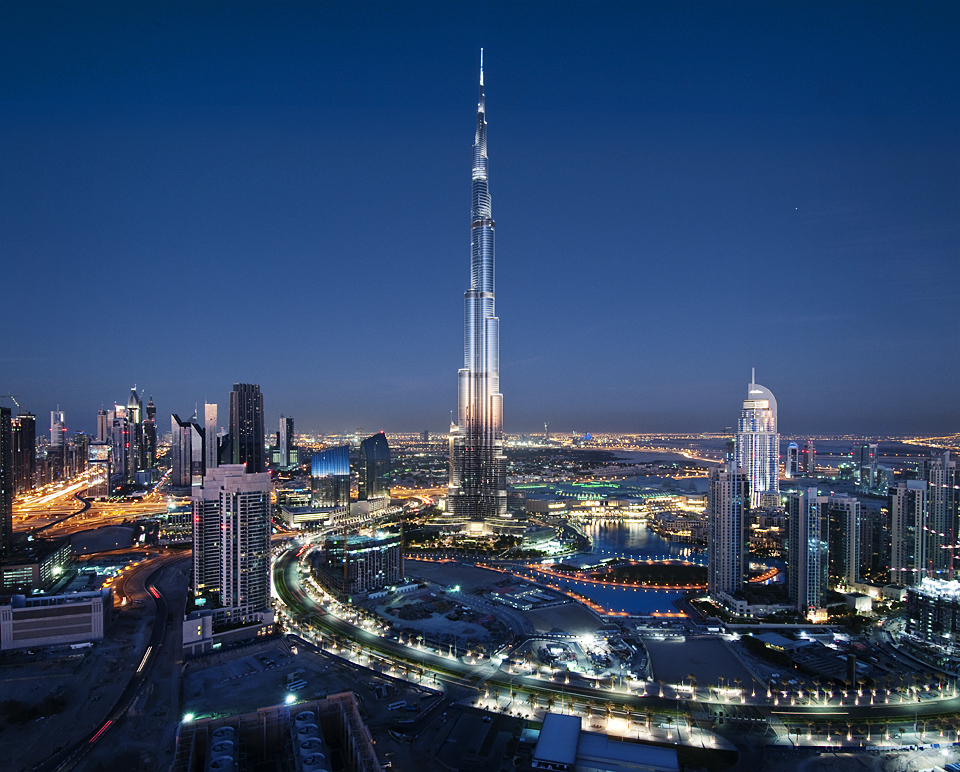 Usually I’m not one for centering my subjects in a photograph as I prefer much more the use of the rule of thirds (for those of you that don’t know what that is – it’s a rule about placing your subject at the intersection of one of the lines that split the image in 3 – both horizontally and vertically). However, sometimes, you have to make an exception, particularly when your subject is the tallest building in the world.

This is an older image that somehow I missed and it was taken in November last year while out shooting with David. We had found our way up on the roof of Executive Central B Tower in the Business Bay area in Dubai and we were both waiting for that moment when the light is reflected just right in the facade of the Burj Khalifa. As usual, David’s got a great shot of the place, but I don’t think this one is too shabby either. 🙂