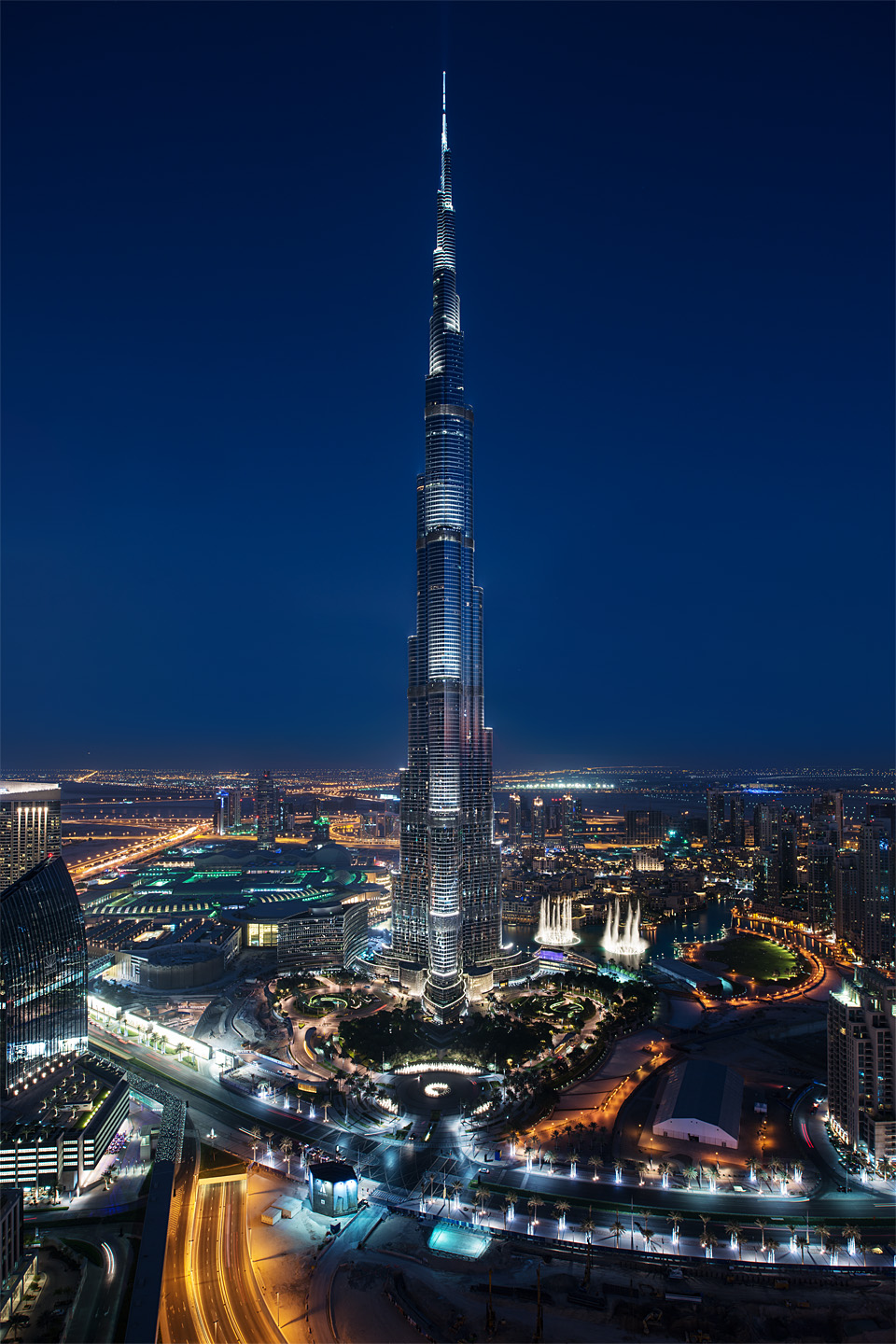 Let me start with this statement – this has been an absolute nightmare of an image to post-process. In fact it was so frustrating that I almost decided not to post the shot until I finally found a way to make it acceptable. The trouble started right from the beginning. Because of the close proximity to the Burj Khalifa, there was no other way of shooting this except by doing a vertical panorama. So I went for my 24mm tilt-shift and shot three horizontal images to blend them in Photoshop later. I also waited until the fountains next to the Burj Khalifa started working and shot one exposure just for the fountains. I was getting fairly excited as I felt I had a good shot on my hands. That’s until I got home and started retouching!

The first problem was that because of some strange haze on the horizon, no matter what I did when I blended the images I would end up with this really ugly black line above the horizon. Not a huge issue as it can be cloned, but still, it was time-consuming. Then I had to remove the moon as it was just too close to the edge and only distracted the eyes. But the biggest problem was the sky. Whenever I moved the image from Lightroom to Photoshop and added a gentle s-curve some horrible banding would appear. The problem was most obvious when I was shrinking the image for the web and it did not go away in 16bits, 8 bits, sRGB or AdobeRGB. At 100%, full resolution, this would not be visible, but as soon as I reduced the size to the 425×638 that I use for the web, the image looked like some screengrab from a 1980 computer game. All that was missing was King Kong hanging on the side of the Burj Khalifa.

In the end I’m still not quite sure what is wrong with this particular file, but I discovered that if I reduced the size in steps, most of the banding disappeared. So instead of going from 9000 pixels down to 638 pixels, I went through 3 intermediary steps (4000, 2000 and 1000 pixels). If anyone has any ideas of why this would happen, the comments are below.