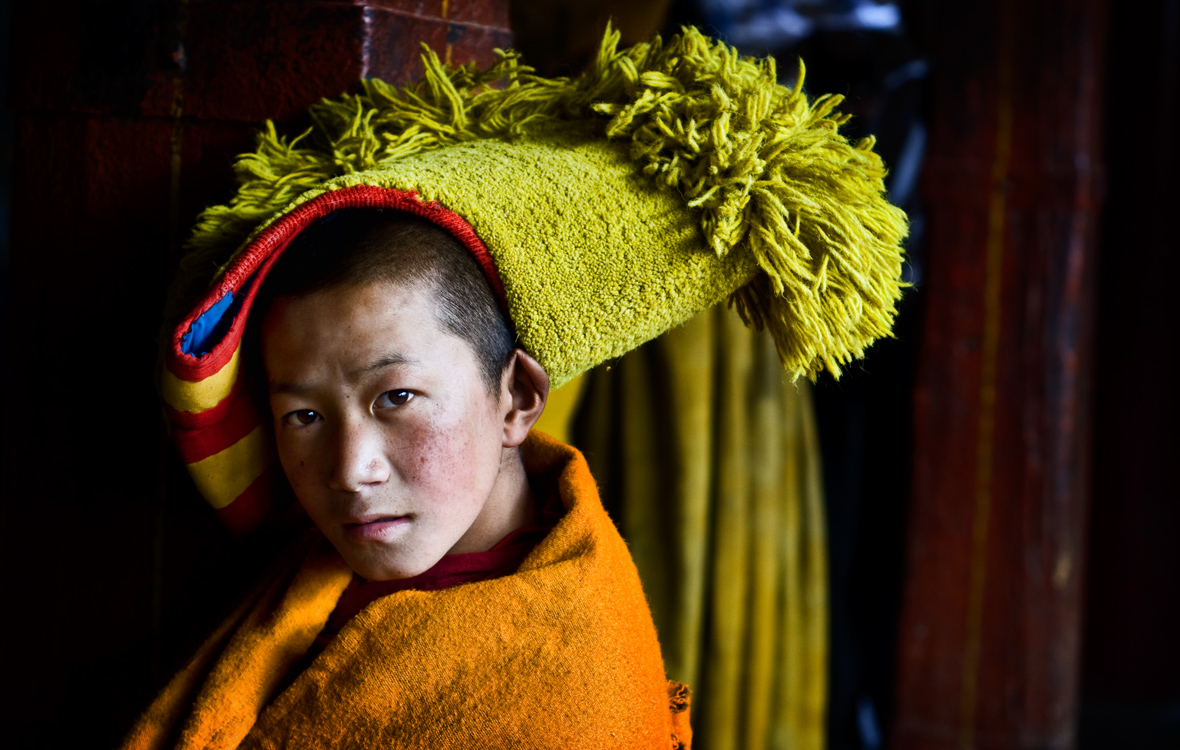 On the way from Kathmandu to Lhasa we visited lots of monasteries, which after a while tend to look the same. They’re all in beautiful locations, but the interiors are fairly similar and after a few days you just go through the motions of going in, hearing about the monastery’s abbot or a particular Buddha and then move on to the next. Pelkor Chode Monastery was different. Well, not the monastery, but the monks. Every late afternoon, the boys who are trying to become monks go through a ritual of pushing their way into the assembly hall of the monastery while being pushed back by an older monk. I ended up right in the middle of this moving mass of boy monks and managed to grab this quick shot of this boy with his traditional yellow hat.

One very disturbing thing that I noticed at this monastery was how rude most of the Chinese tourists were with the boy monks, pulling them left, right and center to take a picture of them, taking their hat and in general having absolutely no respect for them.