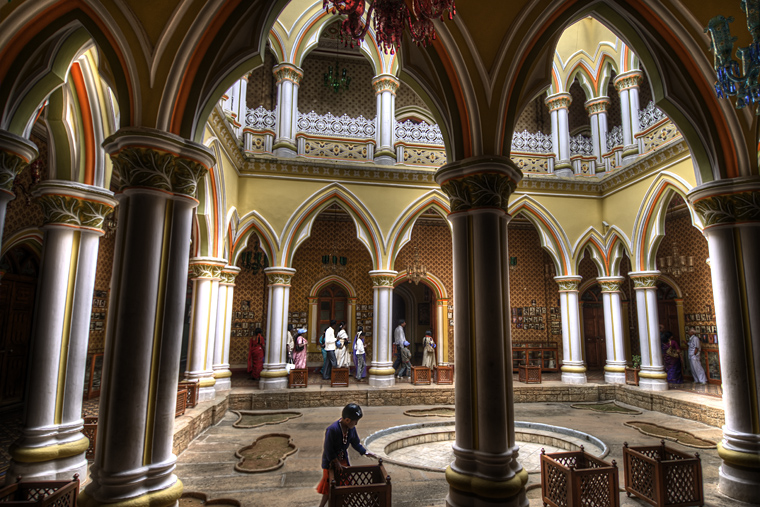 As you might already know from my previous post, I have been in Bengaluru (Bangalore), India for the last few days shooting a traditional Indian wedding. I finished the 3 days of shooting yesterday and I can tell you that I have a new found respect for wedding photographers. It’s a very demanding type of photography and by the end of yesterday I was dead tired! I will probably post some shots from the wedding once I had the time to go through the more than 50gb of images I took!

After a good night sleep, today I had a bit of time to explore the city and take in some of the sights. Bangalore seems to be a mix between the new riches that the IT industry has brought here and the older and poorer areas where people still struggle to put some food on the table.

As for the shot below, I took it inside the Bengaluru Palace, the private residence of the Wodeyar royal family. It’s a bit of a strange place with lots of different paintings, furniture and tapestry thrown together in a way that sometimes doesn’t seem to match. Adding to this is a big collection of nude portraits that somehow seems out of place. Another strange thing is that you are in the middle of India, but the palace is made to resemble the Windsor Castle. I guess the British really missed home in those days…