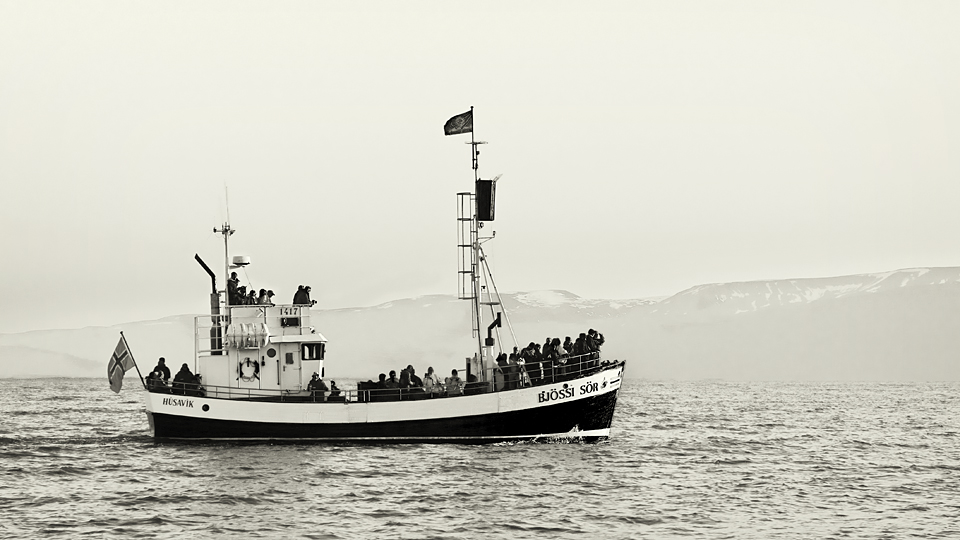 According to the North Sailing website, the BjÃ¶ssi SÃ¶r was built in 1975 and was one of the last oak boats to be built in Iceland. Besides that, there’s not a lot that I could say about the image below, except that I really had a particular goal in mind when I started the post-processing.

I wanted to process it in such a way that it would evoke cold. Although it wasn’t a particular cold day when I took the image, I just imagined when these boats go out during the colder months in the North Atlantic how the horizon and the sea would look. That’s why I went for a fairly flat black and white image with very muted tones. Would love to hear what you think of it.