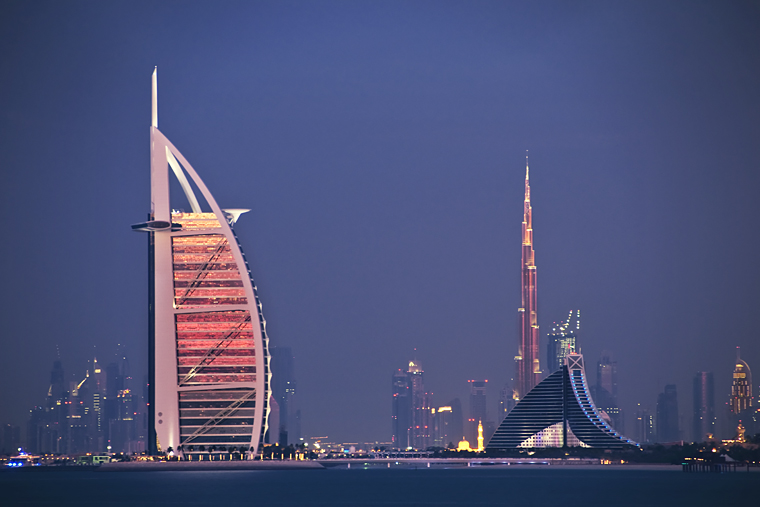 Firstly I want to remind you that tonight from 6pm my first exhibition is taking place at Jam Jar in Dubai and we’ve decided to auction a high quality print of my “After the storm” photograph and donate the money to MSF in Haiti. You can RSVP to the event here.

As for today’s photograph, after seeing a similar shot into the Flickr photostreamÂ of Daniel, a Dubai based photographer that I have been following for quite a while, I drove last night to the Palm Jumeirah and looked for a location where I could get the two famous Burjes (I’m sure this is not a word!) in one shot. I’m talking about the Burj Al Arab and Burj Khalifa (formerly known as Burj Dubai). The air was clear enough so I managed to snap the shot below.

The technical details are fairly simple with this one. It’s not an HDR as you have come to expect from me. It’s a digital blend between 2 exposures. I’ve used the under-exposed shot for the sky and the correctly exposed one for the buildings. I would love to hear what you think about it…