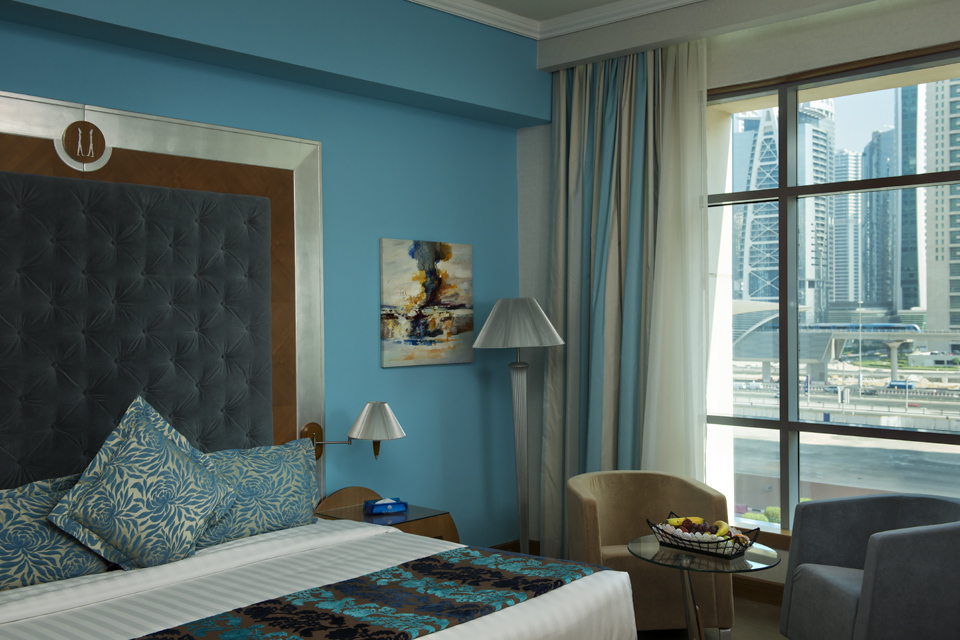 This weekend I attended one of the always interesting photography workshops that Gulf Photo Plus is running every year during their FotoWeekend event. As always the workshop didn’t disappoint! It was a two day long interiors photography class with Scott Hargis focusing on lighting interior spaces in the first day and then adding some people to those compositions during the second day.Â I have been looking forward to this workshop for a couple of months now and I was very curious to hear more about how Scott approaches his shots, both from a composition point of view as well as a lighting point of view.

The first day we were given a few hotel rooms in Byblos Hotel in Dubai Marina and for me these rooms turned into a two day shoot. As I photographed the room below in the first day I noticed that there was a very cool view of one of the metro stations across the road in Jumeirah Lake Towers. Being Friday the trains didn’t start going until late in the afternoon (don’t ask me why, but this is how trains run here!) so I planned on going back to the same room the next day to capture the exact same shot but with the train going past the window.

For those of you more technically inclined, the scene was lit with two strobes, one camera left bounced on the left wall and another one camera right directed towards the armchairs.