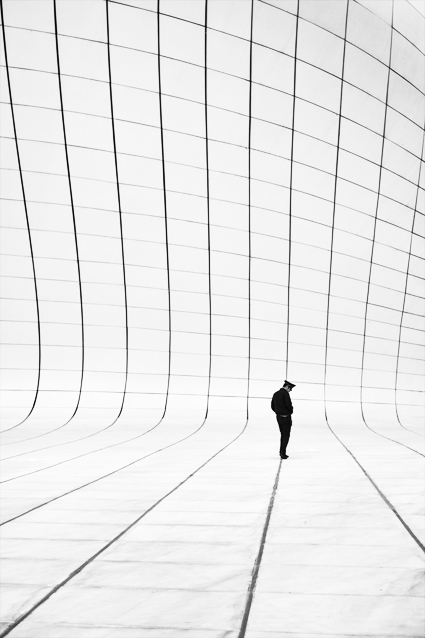 With my recent trip to Madagascar, the photos from the few days I spent just before in Azerbaijan got slightly ignored on my hard drive. So today, I’m rectifying this by posting a shot from Baku with an interesting short story about how it was taken.

As I mentioned in a previous post, one of the late afternoons in Baku was spent at the Heydar Aliyev Center, a building designed by Zaha Hadid. I walked with my camera and tripod around the building for a good hour or so and I was very impressed that nobody had any issues with me taking photographs as it’s usually the case in Dubai. One of the security guards even asked me where I’m from and explained to me when I could come back to see the interior of the building. Just as I was setting up for my last couple of shots on the opposite side of the building, another security guard appeared out of nowhere making very clear signs that I should pack my tripod and go as it’s not allowed to take photographs. I did just that, but not before quickly turning around and taking this shot of him, which ended up being one of my favourite images from the trip.