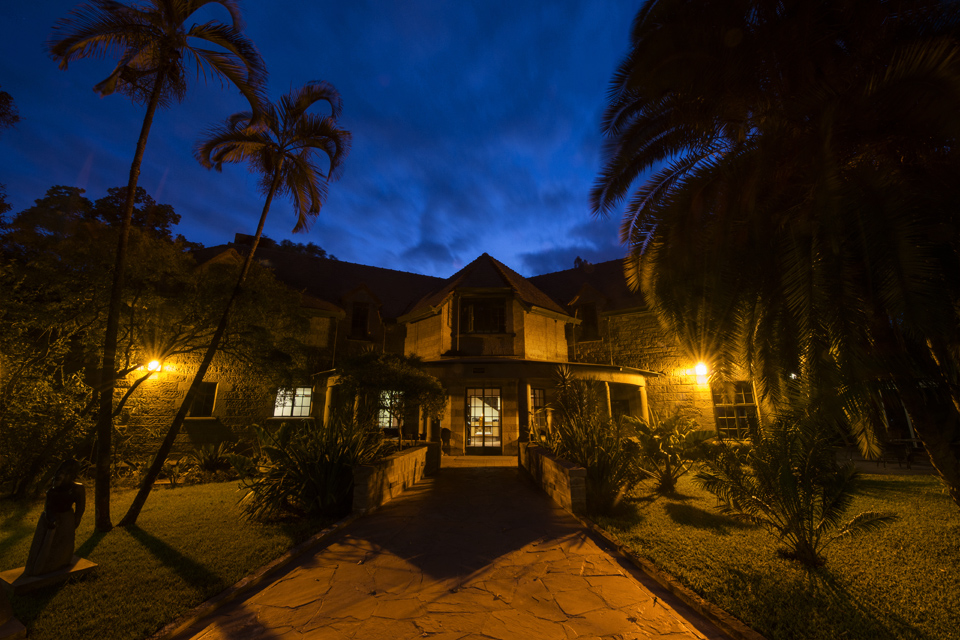 Don’t get fooled by the image you see below. Most of today didn’t look that peaceful. I finally got back to the hotel after a bit of a crazy afternoon in Nairobi and although I’m not superstitious, I think I will spend the rest of the evening in my room.

If you read my previous post, you will know that I already had a bit of bad luck yesterday. Well, today that bad luck continued. I was heading out in the afternoon to the location of my shoot when the driver decided to take a shortcut to avoid the crazy Nairobi traffic (by the way, if you’re complaining about traffic in Dubai, you shouldn’t – Nairobi is worse, way way worse!). This shortcut took us through a township and although I was enjoying seeing this part of Nairobi, in the back of my mind, I was thinking that it probably wouldn’t be a great place to stop considering I had at least 15,000 US$ worth of camera gear with me.

So what do you think happens next? An accident behind us involving a bus and a minibus pushes yet another minibus into the back of our car. Nothing major, but of course we had to stop, while big crowds were already gathering around us.  Now, if you’ve been following my blog for a while, you’ll know that I’m usually not too worried about travel into dodgy areas, but this time, I was really beginning to think what could be the next steps. I locked the doors and waited patiently for the police to arrive while my driver was discussing the accident with all the other guys outside. In the end, nothing happened, but it wasn’t a pleasant feeling.

After about 30 minutes we carried on to the shoot location, where another challenge waited for me. In my head I thought the location was a really cool office space so I was looking forward to some really nice shots, yet the offices were really small and challenging spaces which were very difficult to photograph. More on that in a future post.

Once we finished there, we headed back to the hotel, again stuck in the terrible Nairobi traffic. I was trying to unwind a bit, playing with my iPhone, when out of the blue, this guy manages to slide his hand through the small opening in the window and grab my phone. It took me by complete surprise (although I knew this is a common practice here), but I did manage to really hold on to the phone. The force of the guy pulling on the phone threw it out of the window, but he never stopped to pick it up. So I opened the door and picked it up from the road. My small victory against today! 🙂

As for the image below, it was taken just a few hours ago, at the entrance to the African Wildlife Foundation, against a beautiful evening sky.