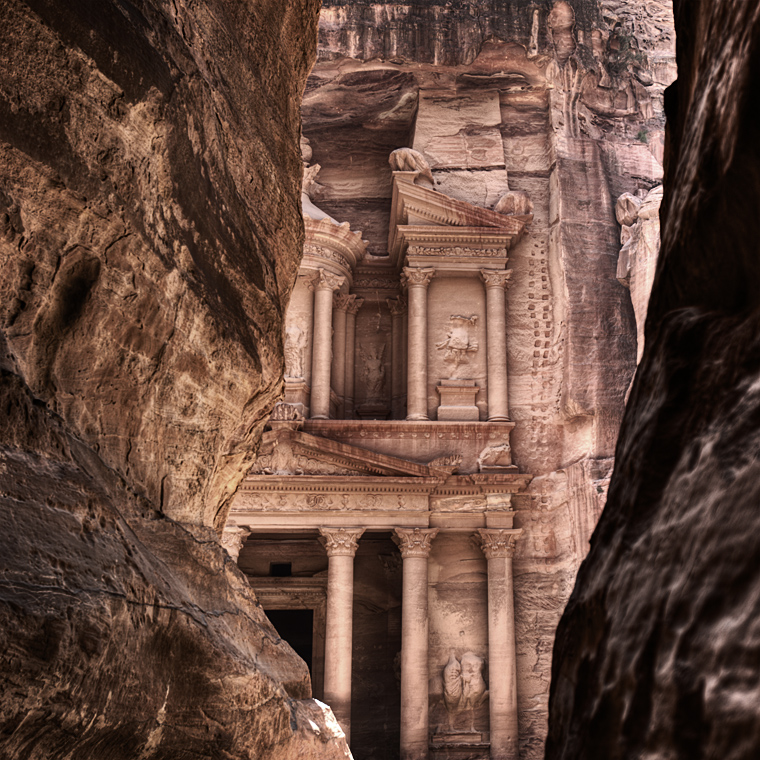 If you haven’t lived under a rock for the last 30 years you have probably seen this image in various travel posters, books or movies. It’s the classic Petra photo, showing the TreasuryÂ  (Al-Khazneh) viewed through Wadi Siq. Probably the movie that made it most famous was Indiana Jones.

Although it was carved as a tomb for Aretas III, a Nabataean king, the Treasury has this name because of the local stories of pirates hiding their treasures inside. Even if noÂ valuables were ever found inside, apparently some of the locals still look for hidden treasures from time to time. It’s estimated that the place was built sometime between 100 BC and AD 200, but nobody is quite sure about the exact dates.

This is not a particularly easy place to photograph because at almost anytime of the day the tourists are everywhere. Also, the differences between the light and dark parts of the image are quite extreme and you always have to be careful with your exposures to not blow out some of the details. I’ve got a few different shots from a similar angle and I will post some more in the coming weeks.