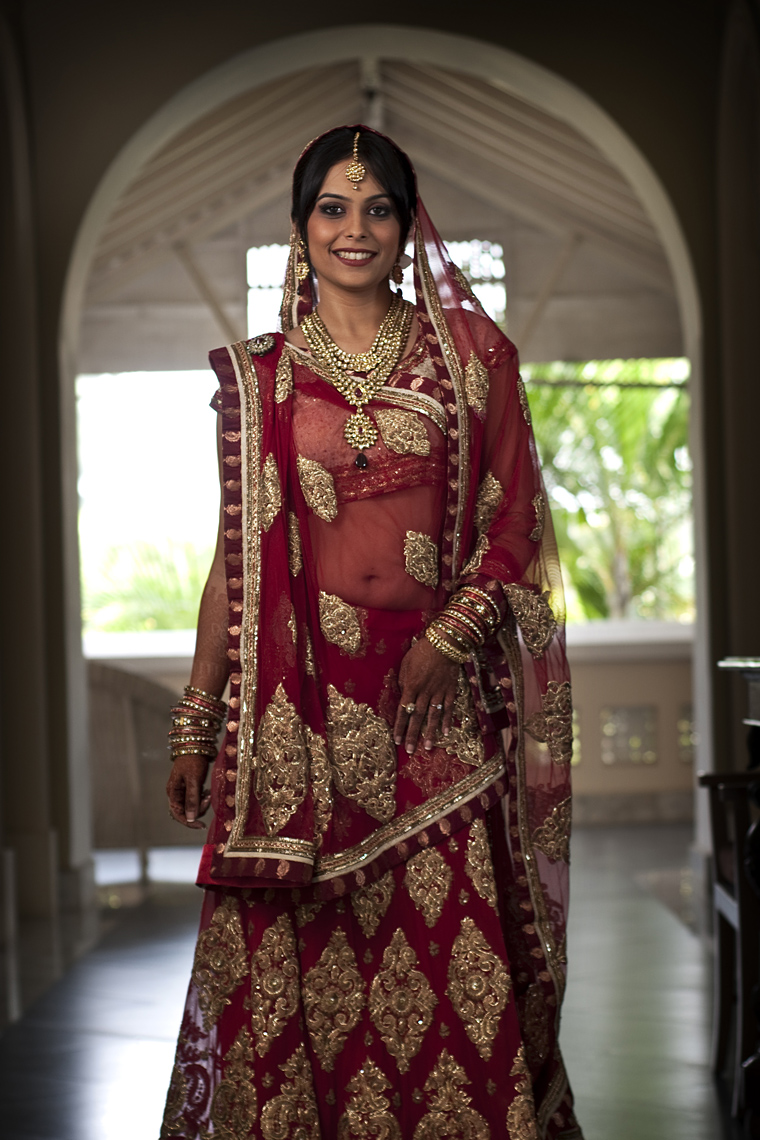 This afternoon I was showing a potential client some shots I took at the two weddings I photographed last December in Bangalore and it occurred to me that I didn’t actually post a lot of shots from those weddings. This was partly because I’ve been shooting almost every week since then and I keep posting new photographs, forgetting about older ones. Also, I never got to thank the couples that hired me for these two weddings, so a big thanks to them! Also, a big thanks to Don whoÂ put me in touch with them and made this whole shoot possible.

This is a fairly simple shot, lit with two strobes shot through umbrellas from left and right. I think what I like about it is the outfit that the bride is wearing as well as the location. It was taken at the Taj West End Hotel in Bangalore, a beautiful property set amid lush gardens.