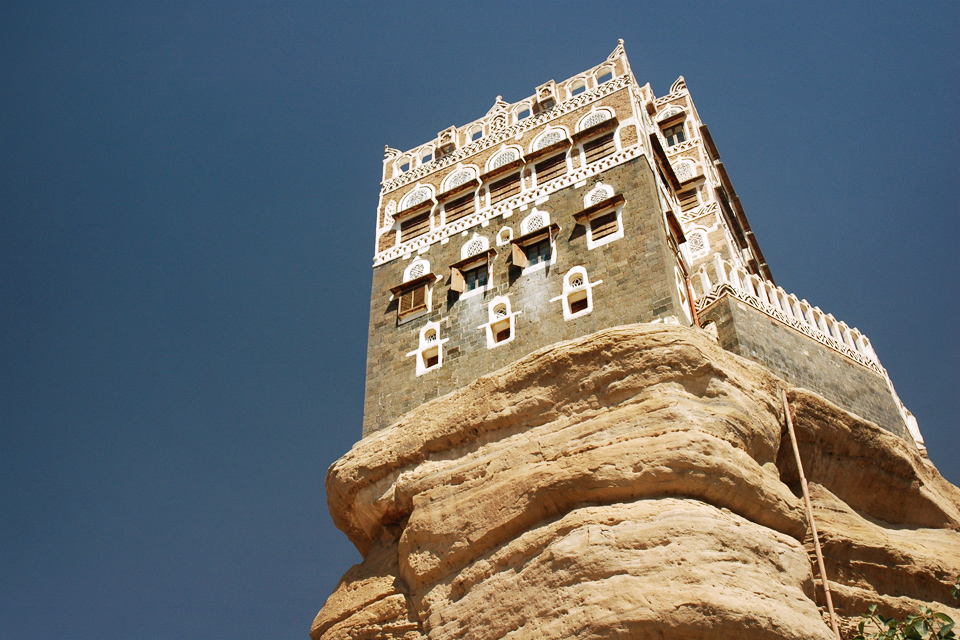 I hope you won’t mind me going down the memory lane in this post, but Yemen has been a lot in the media lately and mostly for the wrong reasons. I was lucky enough to visit the country in 2006 and it was probably one of the most interesting short trips I’ve ever done. There was so much to see in only 5 days, so much stuff that I’ve heard of. I did manage to see a lot, but there are still many places that I wish I could visit. After all, Socotra Island, an island in the Indian Ocean, belonging to Yemen is on the top of my list of spots I want to see before I leave the Middle East.

Sana’a, the capital of Yemen, is a fascinating city, which in parts looks like it hasn’t changed in hundreds of years. The buildings of the old town look very particular and as soon as you see a picture from there you recognize it as being Yemen. People are incredibly friendly and Yemen remains one of the few places in the world where I didn’t have to ask people to photograph them. They asked me!

The house below, named Dar Al Hajar or the Rock House, was built by Imam Yahya in the 1930s as a summer residence. It is five storey high and in the last years it has become a tourist symbol of Yemen as it’s easily accessible from the capital.