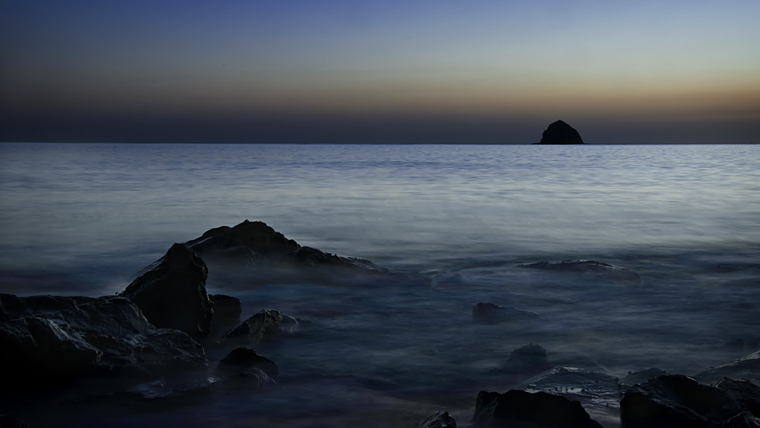 Dibba Island (also known as Dibba Rock) is a small island popping out of the Indian Ocean close to the town of Dibba on the Eastern coast of the United Arab Emirates. We spent this weekend at the new JAL hotel right in front of the island and I managed to drag myself out of bed before sunrise and take some photographs at the time when it’s dark enough to use a long exposure that makes the water look milky as it washes over the rocks. The actual Dibba Island is the one you can see in the distance, while the rocks in the foreground are from a pier to the right side of the JAL hotel.