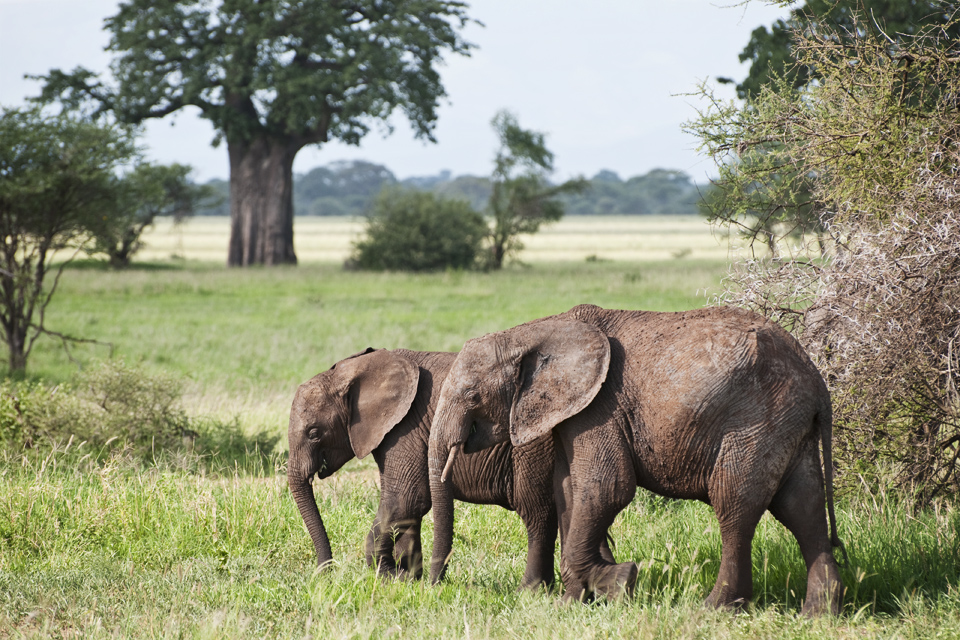 During the safari in Northern Tanzania, elephants were probably the most common animals we saw. There were a lot of them in all three national parks we visited, but interestingly enough, their size varied according to their environment. For example the ones below, which I photographed in Tarangire National Park, were quite a lot bigger than the ones around Lake Manyara. On the other hand the ones in Tarangire get together in quite large groups, while the ones in Ngorongoro Crate live mostly on their own.

I don’t know enough about elephants to tell you if the two in this photo are mother and son or father and son, so I will just say that it was incredible to see these animals in their natural environment among the baobab trees (the tree on the left in the background).