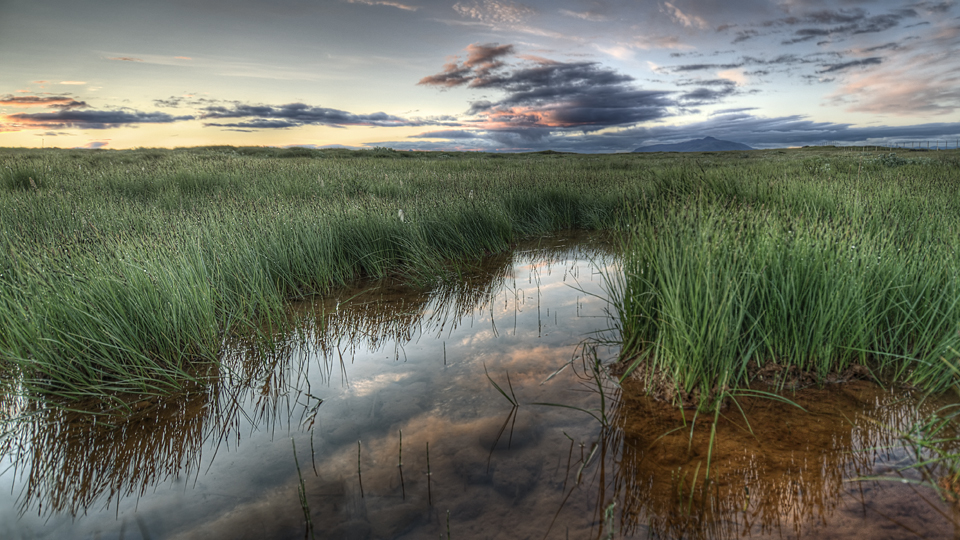 As you can probably imagine, there’s not a lot I could tell you about this particular shot as it’s a bit in the middle of nowhere in Iceland. The closest place to it is the Gullfoss waterfall and because of the river close-by this area gets flooded from time to time. I loved the reflections and the colour of the water, but I had a few problems photographing the grass as it was windy and it tended to move quite a bit. I’m not 100% satisfied with it as the grass on the right is too blurry, but I did think that it deserves a post.

In terms of post-processing, as you can see from looking at the original, the final version ended up very different. I used Photomatix to generate a tone-mapped version from 5 separate exposures. I then took this image into Photoshop and did quite a few adjustments in terms of colour and contrast.