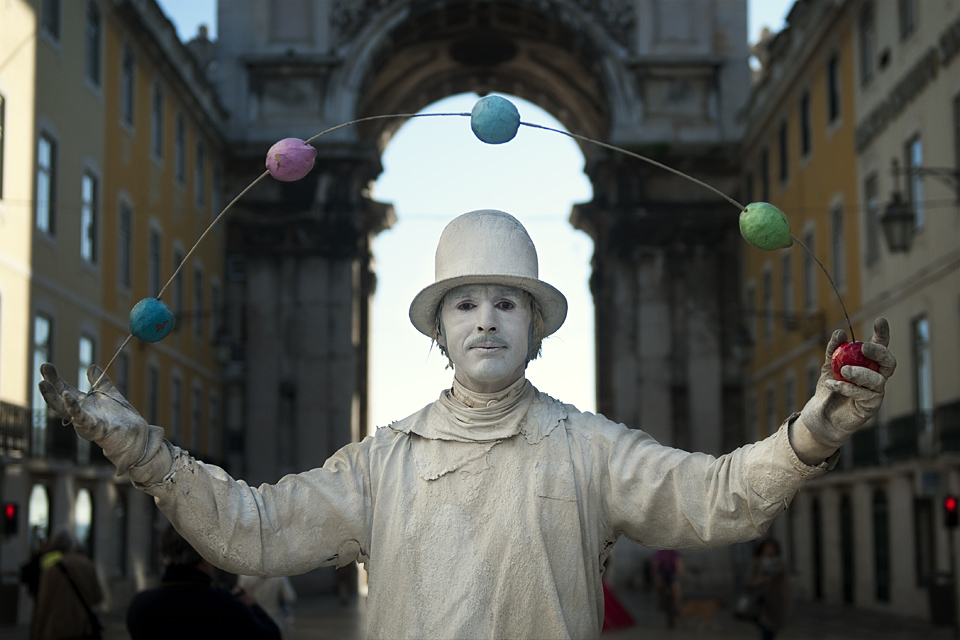 During the new year holidays I spent a few days in Lisbon enjoying some amazing European weather (I did not see a drop of rain for the whole time I was in Europe!) and taking a few photos here and there.

I’ve been shooting lots towards the end of 2011 and this holiday I felt like I needed a small break from carrying cameras and lenses and flashes and whatever else I might carry when I’m on a shooting spree. So I only took one camera and two lenses with me (the 24-70mm and the 12-24mm). I hardly used the 12-24mm so most of the time I only had one lens and the total of images over 9 days was only 300 or so. Yet, despite this, I came away with a few images that I’m really happy with and most of this was because I took more time to appreciate what was happening around me, not quickly rushing for the next shot.

The image below was taken downtown Lisbon in front of the main entrance (I photographed this before) to PraÃ§a do ComÃ©rcio where quite a few street performers are earning some extra money. This particular guy was really good choosing some impossible positions to be frozen in and the juggling props only added to the performance.