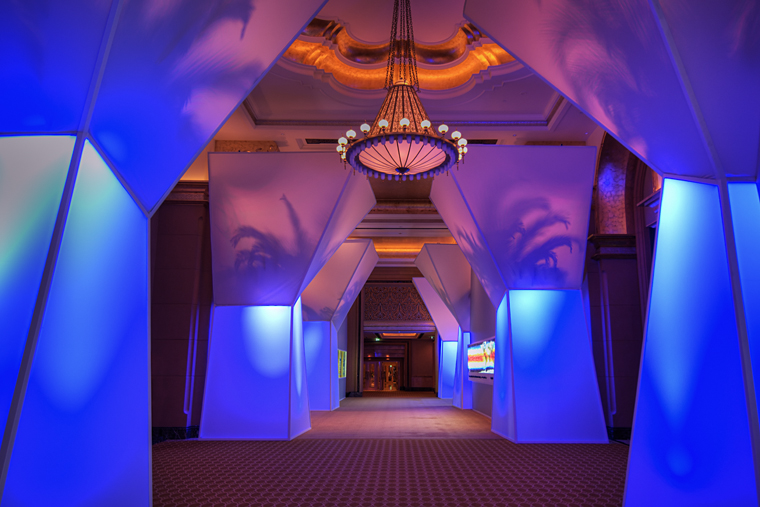 A few months ago, EventQuest, a New York based events company, asked me to photograph the interior design setups they were doing for an Abu Dhabi event in January. I didn’t know much about the event, but as the date got closer I realized that it was the Masdar Future Energy Awards, which is a yearly event that gives out awards of up to 1.5 million US$ to companies that come up with innovative ways of saving energy. It’s a very high profileÂ gathering that takes place at the Emirates Palace, draws participants from tens of countries and this year it even had the president of Iceland attending the festivities. I did actually get to photograph the president of Iceland, but more on that on a later post.

The setup was quite cool and although I don’t usualy post these kind of shots on the blogÂ  as they are better suited to the portfolio site, I thought I’ll share with you this photograph of what was called the “Energy hall”.