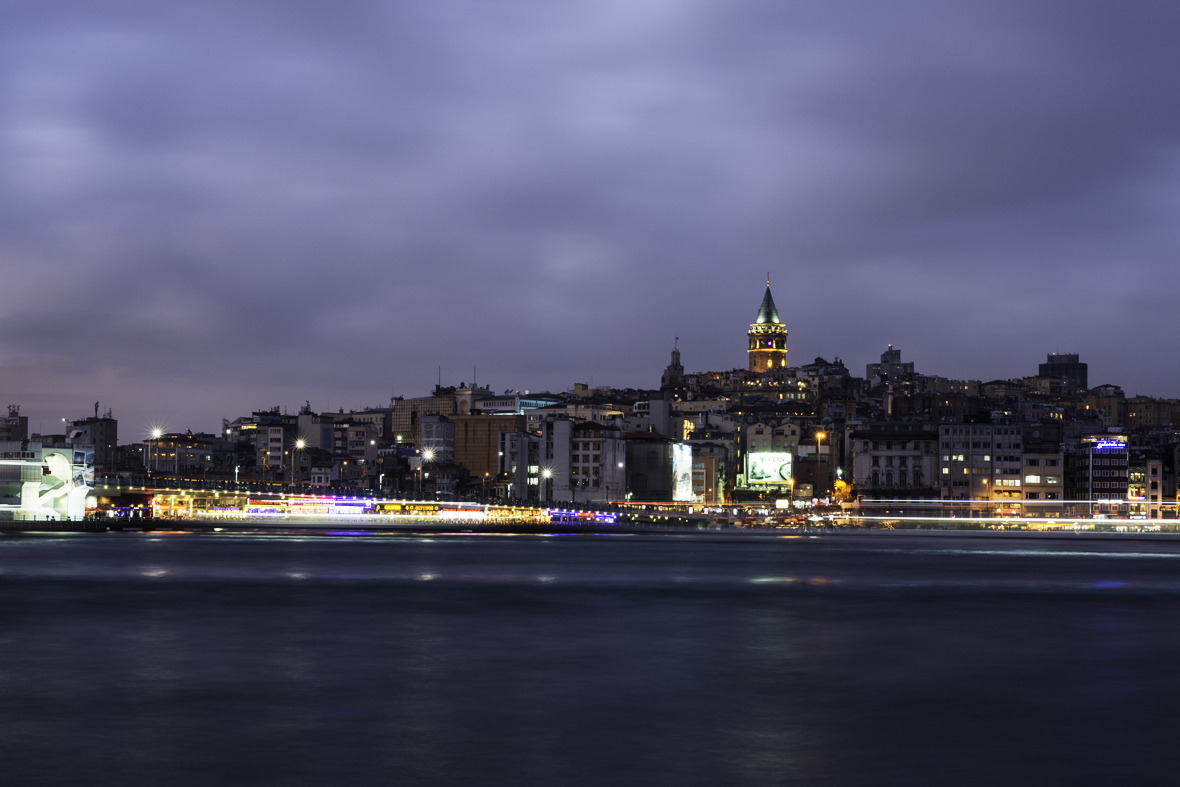 Galata Tower is probably one of the most recognizable landmarks in Istanbul as it towers above the neighbourhood and the Galata Bridge below.

It’s an interesting structure and there are a lot of cool angles to photograph it from. The shot above was taken from very close to the Galata Bridge as the Bosphorus ferries were moving in front of the camera taking people between the European side and the Asian side of Istanbul. The tower also looks very nice when you’re photographing it from aboard one of the ferries as this will give you a different approach to the place. I will post a shot from there in the coming weeks.