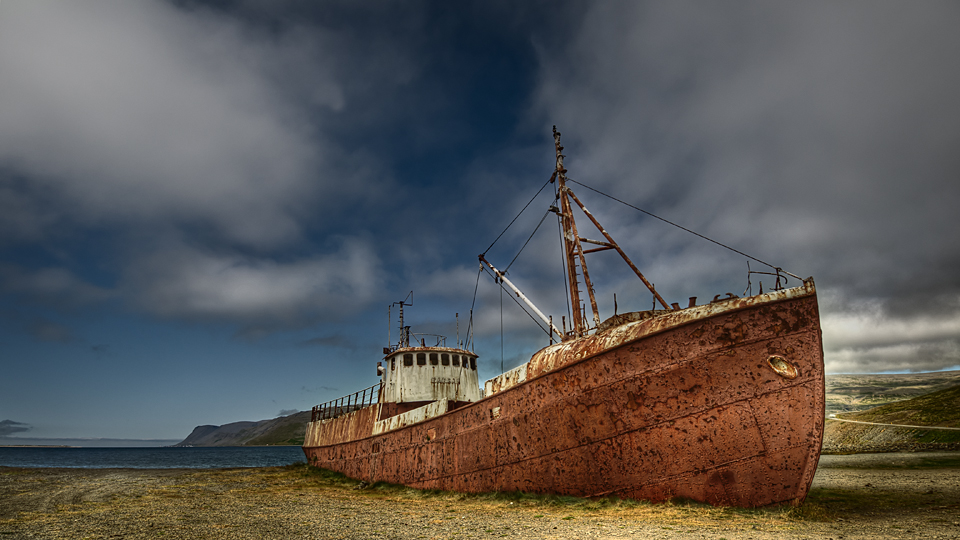 The Latrabjarg Peninsula in the North-West of Iceland is dotted with some beautiful golden beaches (of which I will post some shots soon). When the weather is calm they look really peaceful, but I imagine that in the winter months when big storms roll in through the North Atlantic the sea can get really dangerous.

One proof of that is the shipwreck of the Norwegian built GarÃ°ar BA64, the oldest steel-ship in Iceland. It was build in 1912 and years later in 1981 was beached in this beautiful fjord. I tried findingÂ some more details about what kind of ship it was, but couldn’t really come up with anything. If you know more do leave a comment.

As for the post-processing of this shot, I went with tone-mapping, purely because rust always seems to look great when tone-mapping an image in Photomatix. I used fairly mild settings in Photomatix and then I blended the sky and the sea from the original -1E.V. exposure to get everything to look a bit more natural. As always, I would love to hear what you think about it.