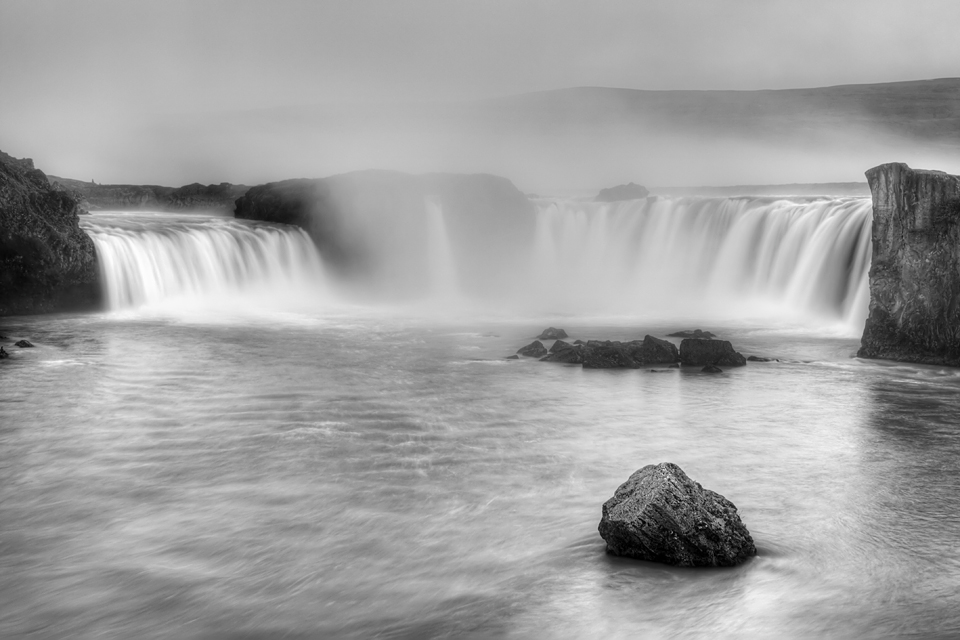 When visiting Iceland you could probably fill your time just by visiting all the beautiful waterfalls spread around the country and still think you had a great holiday. If you’re a regular visitor of the blog you’ve probably seen the other two photographs of Icelandic waterfalls which I’ve posted in the last few weeks (Seljalandfoss and Gullfoss). Both those waterfalls are in the south of Iceland while the one below is located right in the North.

GoÃ°afoss, translated “the waterfall of the gods” is located in the northern MÃ½vatn region and it’s one of the most spectacular waterfalls in Iceland. It’s not very tall (only about 12m), but it spreads over more than 30m. I only got there at about 1am after taking photos the whole evening around the MÃ½vatn lake and because the temperature was only about 4-5 degrees Celsius the entire waterfall was engulfed in fog. The water is actually quite a lot warmer than the air temperature which makes the river look like it’s boiling releasing all this mist. This gives everything a sort of a “mystique” look and I wanted to try and capture that with a long exposure that would blur the water and let the mist show above the rocks.