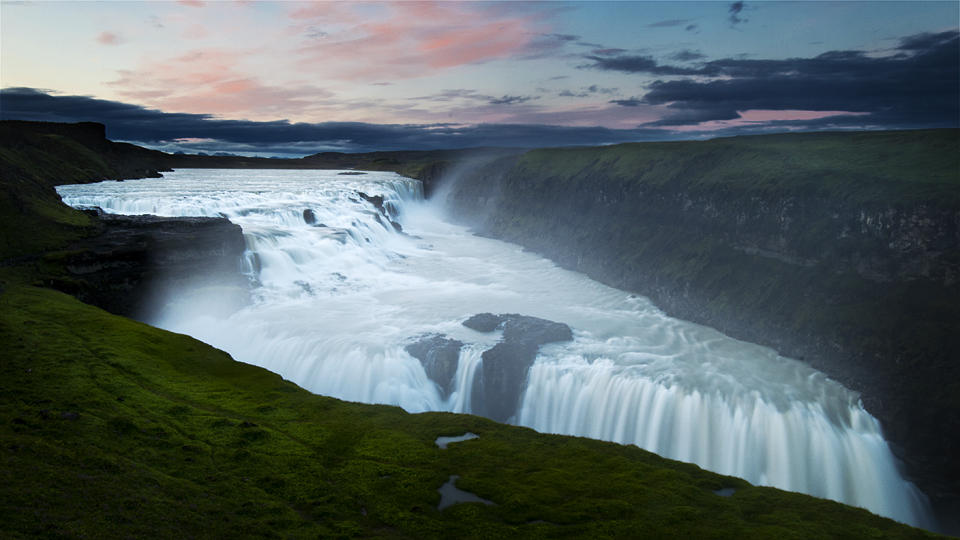 First of all, I just wanted to mention that today my blog turns 3 years. It has been a great tool that helped me improve my photography and share with you some of my travels. So, I would like to thank all of you that visit regularly and here’s to a new year of travels and photography!

Because tomorrow I start driving aroundÂ Iceland (keeping mostlyÂ along theÂ coastline) yesterday I wanted to explore a bit of the countryside seeing the three main attractions around Reykjavik, which are also referred to as the “Golden Circle”. These are the national park Ãžingvellir, the waterfall Gullfoss and the valley of Haukadalur, where the geysers Geysir and Strokkur are located.

Below is a shot of the waterfall Gullfoss (which in Icelandic means the “golden falls”), which is one of the most impressive sites I’ve ever seen. It’s located on the river HvÃ­tÃ¡ and it’s actually made of two consecutive stages, one 11m high and the other 21m high. Although the water plunges into a 32m crevice, from certain angles it just looks like the river is disappearing underneath the ground.

The photograph was taken at 12:30am (yes, past midnight!) when the sun had just set. It’s not an easy place to photograph because of all the water spray being blown by the wind and I had to wipe my lenses quite a few times until I got the shots I was looking for.

I’ve got quite a few other photographs of this waterfall, which I will post in the coming weeks, but this one is probably my favourite. I would love to hear what you think about it.