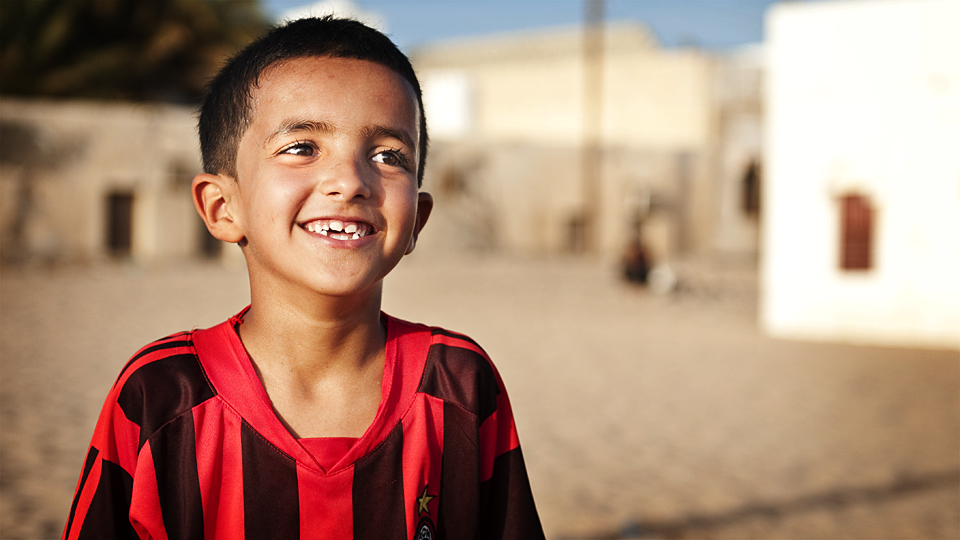 First of all I just wanted to thank those of you who tried to guess the image from the previous post. As six of you have guessed, it is indeed the lobby of the hotel at the Meydan racecourse. I have also selected a winner (by assigning a number to each correct guess and using a random number generator to pick the winner). And the winner is… drum rolls, please… Dubaiwalla!!! I will get in touch with you via email to find out where I can send you the canvas.

As for the photo below, it’s one of those shots that if I wouldn’t have spent some time talking with these kids that were playing football I would have probably missed. I noticed them playing and initially I just went and sat down next to football field just watching. When I tried taking some photos they weren’t too happy about it (particularly this kid) and they were really shouting at me to not take any photos. So I put my camera down and tried to talk with them for a while. The language was a bit of a problem, but after a few words here and there they relaxed and started taking an interest in my camera, looking at it, standing in front of it and then admiring themselves on the LCD screen.