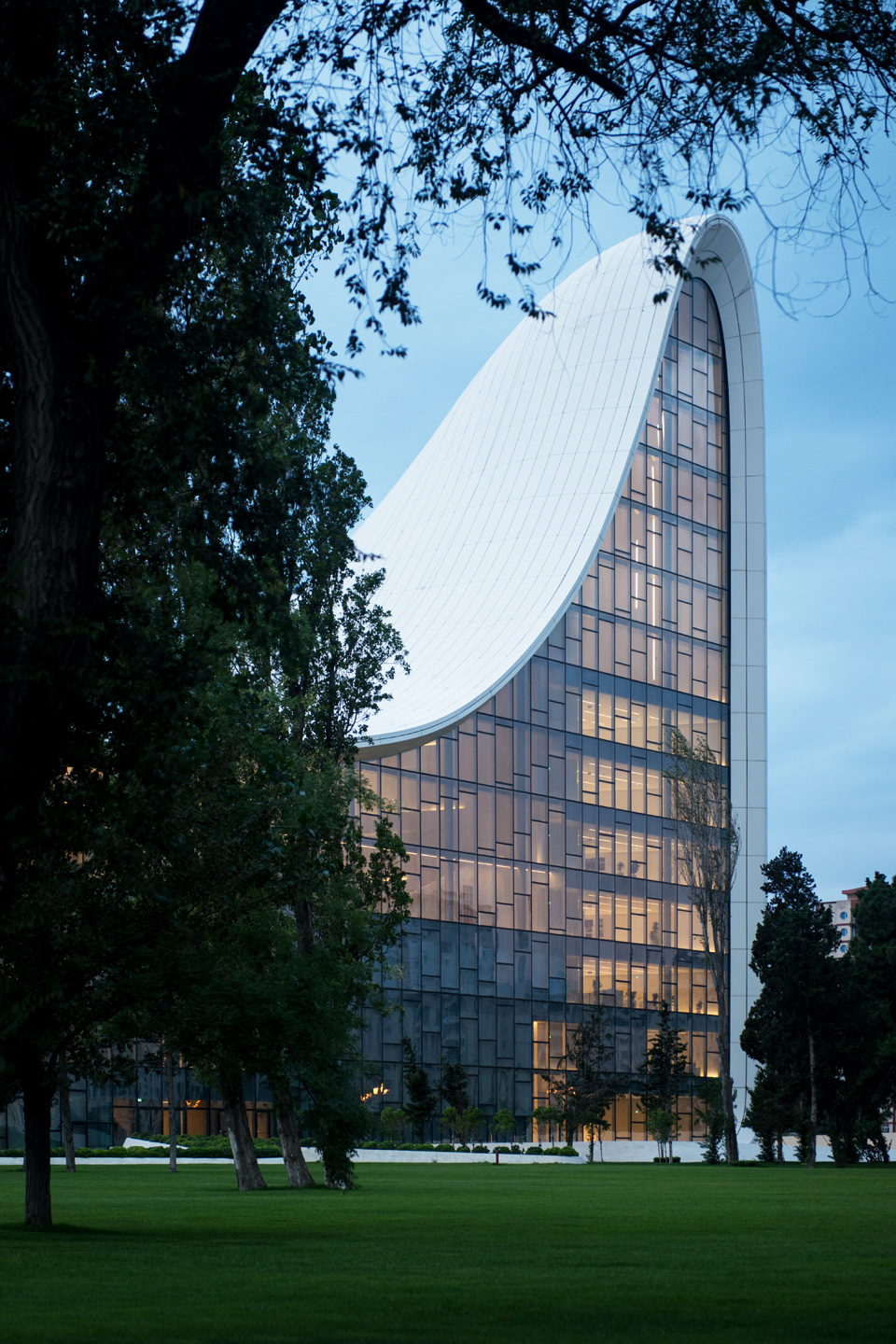 While reading Architectural Digest yesterday, I came across an article about the Heydar Aliyev Center building in Baku, Azerbaijan and remembered that I still had some images of the same building I didn’t post yet.

As I mentioned in my previous posts (here and here), the building was designed by Zaha Hadid and it really stands out against the boring looking communist blocks of flats that surrounds it. It’s probably one of my favourite buildings I have ever seen and I would love to go back to photograph it on a less cloudy day.

As for the actual shot, it shows the back of the building and it was one of the last images I took that day just before it got dark. Unfortunately it was handheld as the security guard had an issue with my tripod, hence the higher than usual ISO (400) and the less than ideal aperture for shooting architecture (f2.8).