Hot pool at the end of the world 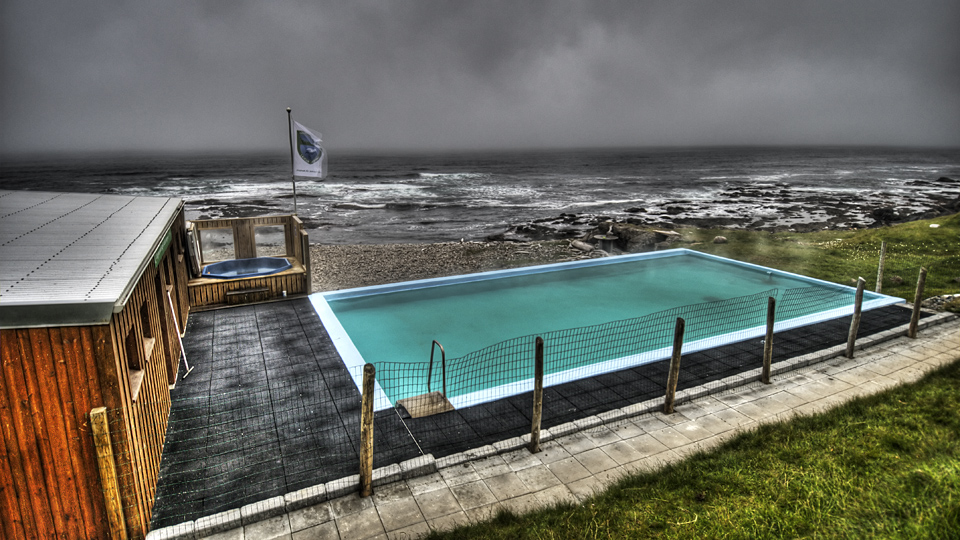 Hot pool at the end of the world

A few weeks before leaving to Iceland, a friend of mine told me she read thatÂ Icelandic people are the happiest people in the world.Â I looked into it…Â It seems a study by the Economist Intelligence Unit found Iceland to be the world’s most peaceful place. It has no army and the lowest ratio of people in jail. It was also declared the world’s most developed country and the life-expectancy for men is the highest in the world!Â

So I had to see this with my own eyes and after seeing some of the landscapes here and the happy people that inhabit this land it must be true. How can you not be the happiest people in the world when you come up with ideas like in the photo below. As you might or might not know Iceland is full of geothermal springs and one of the favourite pastimes here is to sit in a hot pool while the outside temperature is anything from -20 to 20 degrees.

The pool below is located in the remote Icelandic Westfjords in a place called Krossnes and this is basically the end of the road. You can’t drive any further West or North from here and the pool is right on the beach. When I was in the pool the temperature outside was about 7 degrees Celsius and the sea temperature about the same. You have to realize that this is just about 50km south of the Arctic Circle! You just can’t describe the feeling of chilling in the hot pool while the cold waves are breaking on the beach!