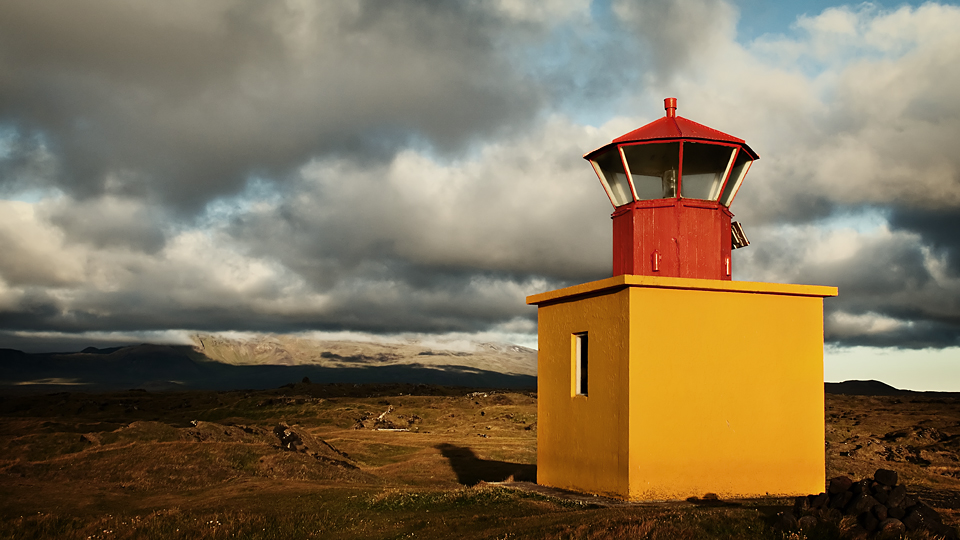 During my trip through Iceland, I spent a lot of time exploring each road around the fjords in the SnÃ¦fellsnes Peninsula (in the West part of the country) and in the Westfjords (a huge, wild region in the North-West of the country). I did most of this exploring late in the day when the 3-4 hours Icelandic sunsets were at their best.

Most of the big peninsulas have some beautiful lighthouses at their tips and although I don’t think these lighthouses get much use during the summer (since it’s daylight for 24 hours), they are beautiful things to photograph, particularly with the sunset light hitting them straight on. There’s even an Icelandic Lighthouse Society, that looks after the preservation of these beautiful landmarks.

I have about 4 or 5 shots with Icelandic lighthouses that I will be posting over the coming weeks and this particular lighthouse is at the tip of the Ondverdarnes peninsula, the westernmost tip of the SnÃ¦fellsnes Peninsula. As you can see from rolling over the “Show original” button, the light was so nice in the original that I didn’t do much to the image in post-processing except for a few curves for the sky and a slight desaturation of the whole image.

As always I would love to hear what you think about the photograph (good or bad).