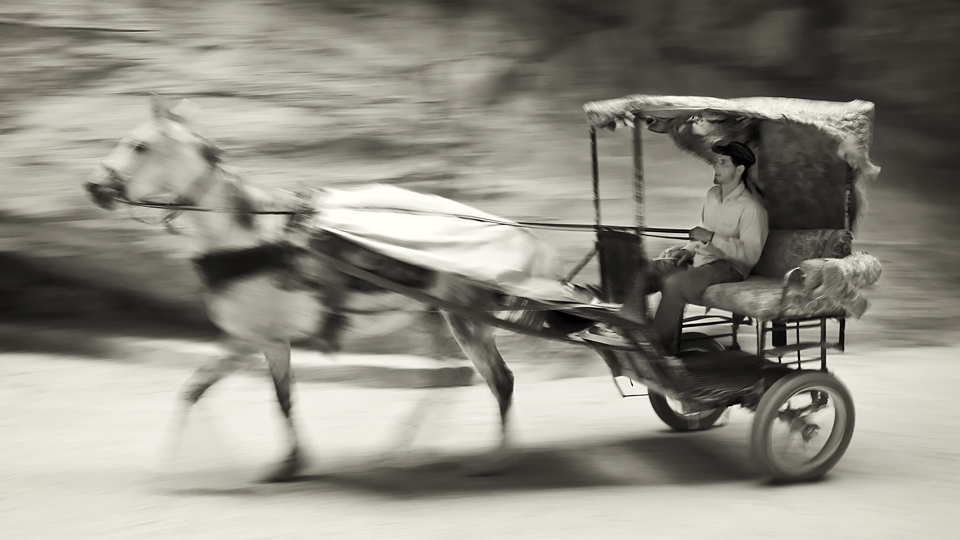 During the two days I was in Petra I must have spent at least 2 hours trying to get interesting pictures of these guys running around in their horse and donkey carts trying to entice the tourists for a ride. Before going to Petra, this type of shot was one of the ones I really wanted to get and I wanted to shoot it in such a way that most of the cart was blurry, while the person driving it is sharp. Not the easiest thing to do and out of probably a couple hundred shots I only got 2-3 that I was happy with. The first one, I posted a while ago, while the second one you can see below. I think I prefer this one to the previous one, but I would love to hear what you think.

All text and images, unless otherwise noted, are subject to UAE and international copyright laws and are the property of Catalin Marin © 2005–17. No photograph or text may be reproduced, downloaded, copied, stored, manipulated, or used whole or in part of a derivative work, without the written permission of Catalin Marin and Momentary Awe. All rights reserved. If you would like to use one of my images please contact me to discuss the licensing fees.