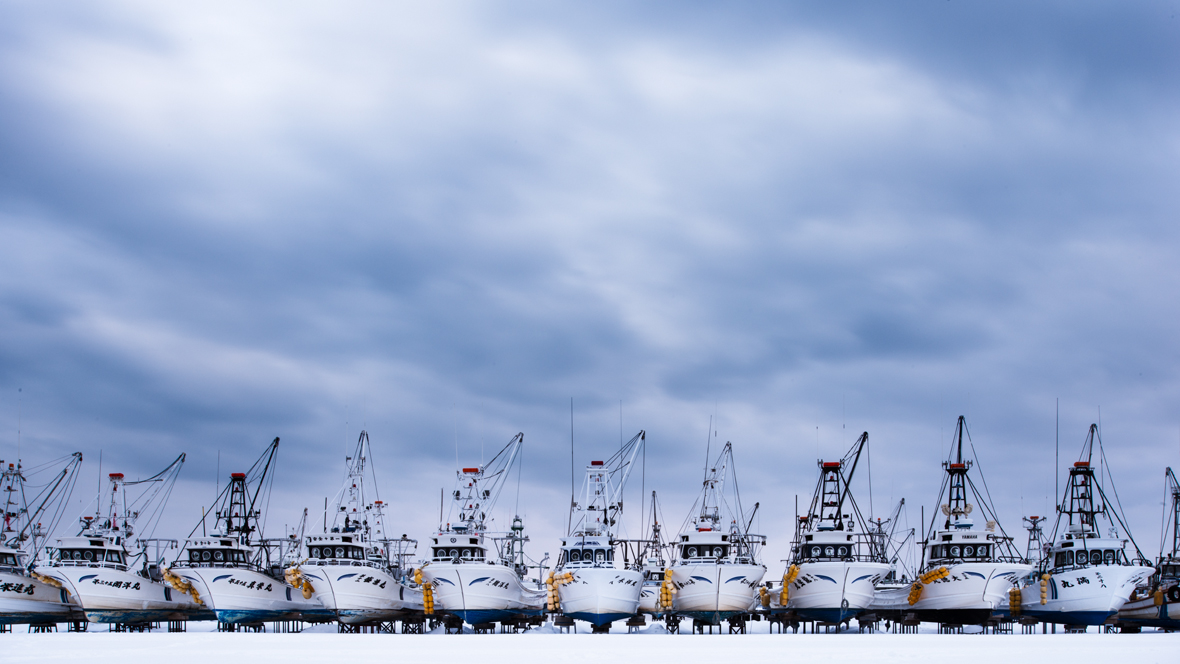 During this 12 day trip through Hokkaido, Japanese boats have been the big revelation for me, particularly in the last few days of the trip.

Although it’s been only a few days, I’ve grown very fond of the shapes, colours and textures of these boats and I’ve managed to photograph quite a few – enough for a small series of images which I now have to decide what to do with. As I mentioned in my previous post, these boats are pulled up on shore during the winter to avoid being crushed by the sea ice. While photographing the last couple of boats earlier today, I was thinking that from the front, the boats look like some sort of angry mythical creatures with their aggressive bows and sweeping lines. Of course, that might be just my imagination kicked into overdrive by the spectacular light we’ve been having.

I’ll leave you with this wider shot of a few boats in a row, ready to attack the sea of snow.