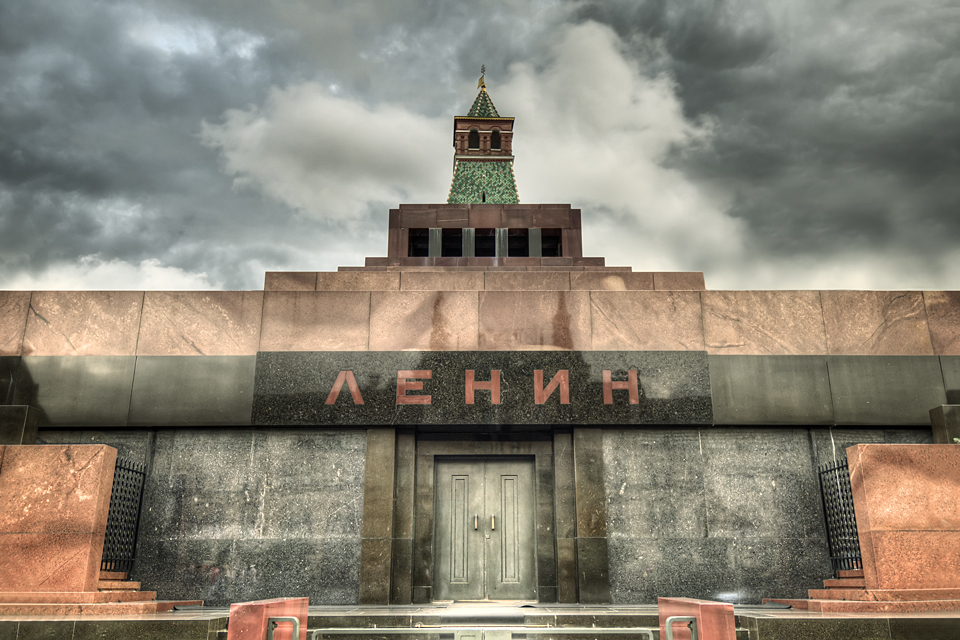 If you’re not familiar with the Russian alphabet, the letters in the photo below spell out “Lenin” and they point to the Lenin Mausoleum where Lenin’s body is on display in Moscow’s Red Square. His body has been on display almost since he died in 1924 and is being worked on every day, being injected with preservatives and in the last few years there have been a lot of discussions about finally burying him.

I took this shot during my first day in Moscow and unfortunately I didn’t get to see the mausoleum inside as the next day (for when we had tickets) I was in bed sick. Ah well, maybe some other time…