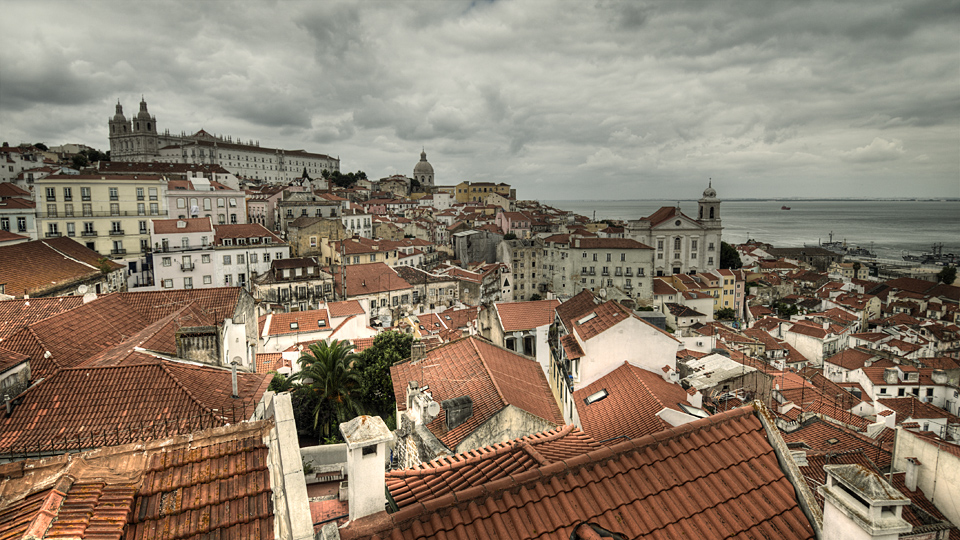 Probably the best places to see Lisbon are from the surrounding hills as you get to see the whole city beneath your feet with the multitude of roofs spread out as far as your eyes can see. In the distance you can see the Tagus River and as an interesting detail on the shore (at the right side of the frame) you can make out a couple of navy boats. There were boats from quite a few different countries and I’m guessing they were there for some military exercises.

The day when I took the image below was probably not the best as the light was very contrasty, with a cloudy, but bright sky set against the darker roofs below. As a result I took the decision to try and take a few bracketed shots (5 in this particular case) and try and blend them later in Photoshop in order to accentuate some of the details. I think it turned out ok, but as always it’s really interesting to hear your opinion!