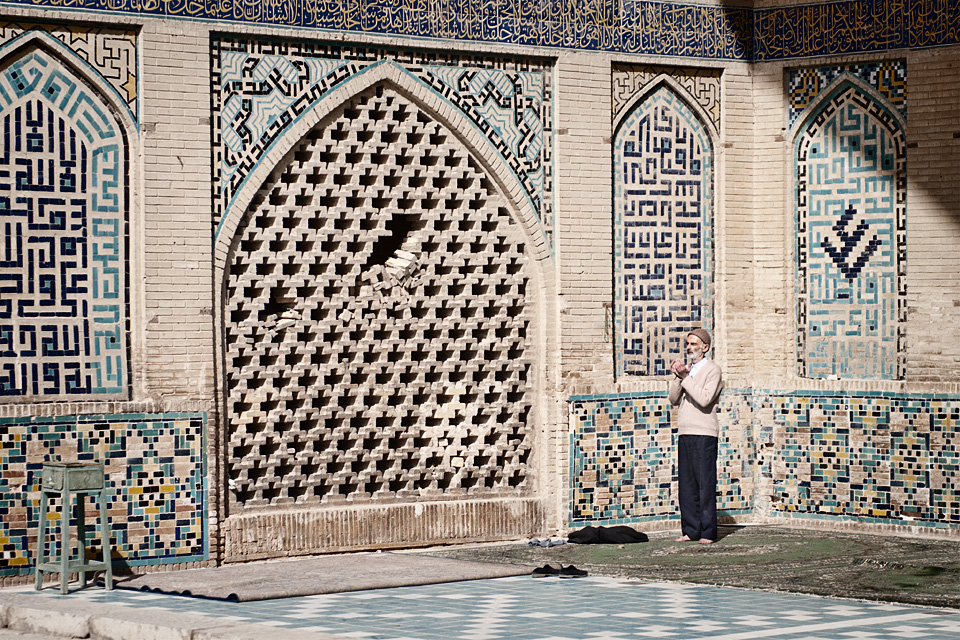 One of the things I really enjoyed in Iran is that mosques are very accessible, even to non-Muslims, even during prayer time. Opposite to the way most mosques are here in the UAE, the Iranian mosques allow you to wander through their grounds even while people are praying, being closed only during the noon prayer.

I don’t usually like taking photos with long lenses while peopleÂ  are not looking as I always feel bad about not talking with the people I’m photographing, finding a bit more about them. In this case though, I didn’t have much choice and I really wanted to take this photograph as I thought the old man blended so well in those surroundings, praying on his own.