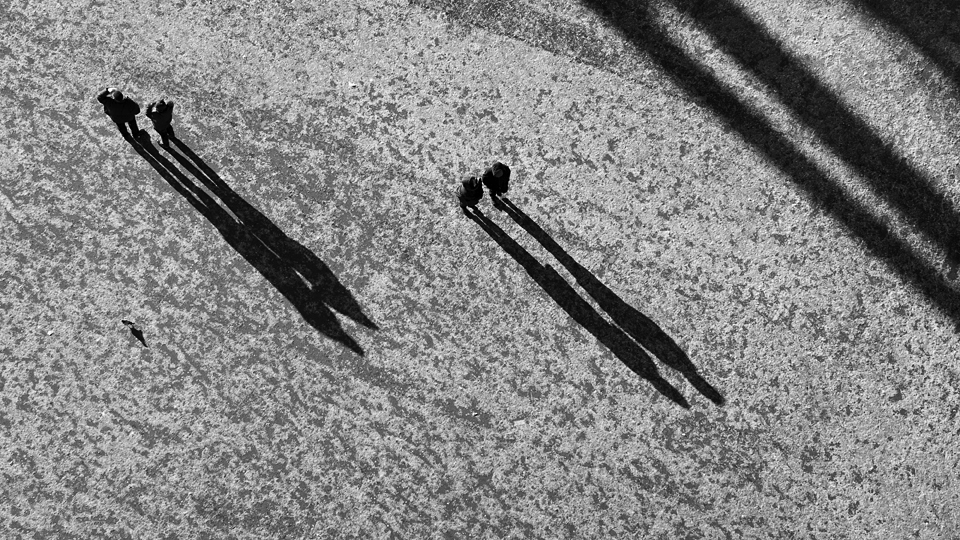 When I was in Paris in December, the first couple of days the weather was quite bad with a fair bit of snow and rain. In general it was dark and not particularly great for photography. We tried to go up on the Eiffel Tower, but it was closed because of high winds, so in the last day when we woke up to a beautiful sunny winter day, we returned and managed to get to the first floor (the other two floors were still closed).

As it was late afternoon already, it was really cool to watch the people below casting long shadows against the bleak concrete. Everything seemed so well aligned with shadow after shadow at the exact same angle. The one thing I was not sure about with this image was if I should clone out the small bird to the left of the image or leave it in. Initially I felt it was distracting, but then I decided that it actually gives the image a bit of balance. I would love to hear what you think.