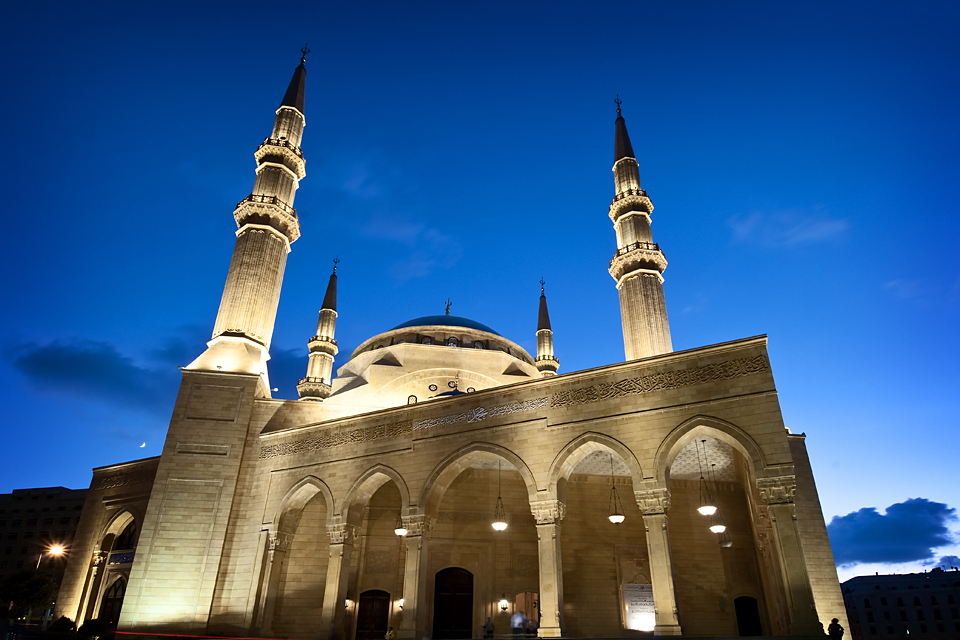 Beirut’s downtown was pretty much destroyed during the civil war and only in the last few years it has begun to look like the great city it once was. Most of the downtown area has now been reconstructed or is under construction and in its heart lies the Mohammed al-Amin Mosque, built between 2002 and 2007. ThisÂ project was initiated by the former Lebanese Prime Minister Rafik Hariri who was killed in 2005 and buried besides the mosque.

In terms of post-processing, you will notice that the final version is very close to the original as it was a greatÂ evening for photography with a beautiful blue sky that didn’t need any retouching.