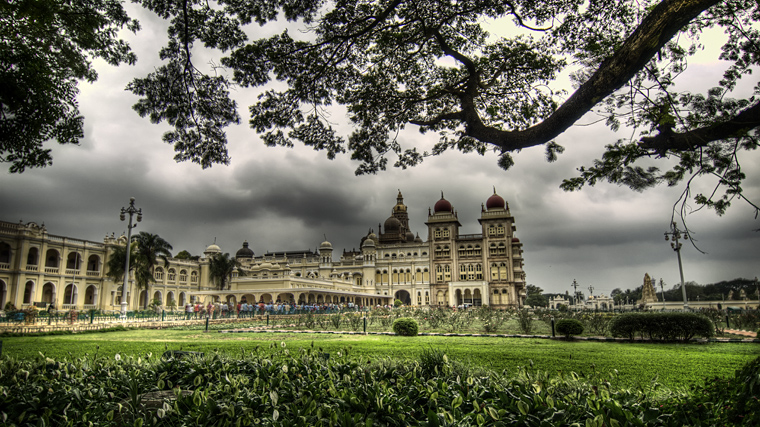 First of all a little bit of self promotion… On Monday (18th of January) I am having an exhibition here in Dubai in collaboration with Oki Printing Solutions. The exhibition is titled OKI AWE and is mainly focused on HDR. Oki are printing my photographs on their new C910 printers which are aimed at photographers and creative agencies andÂ from what I’ve seen so far the quality is very good! So if you’ve enjoyed the photographs I’ve been posting here over the last year drop by Jam Jar on Monday night from 6pm to 9pm and make sure you say hello. For a map and some more info go here.

As for today’s photograph, I took it last month in India in a town called Mysore which is about 100km away from Bangalore. Mysore Palace is the official residence of the Wodeyars (the royal family of Mysore) and its construction was completed in 1912. The architectureÂ is aÂ mix between Hindu, Muslim and Gothic styles and while the palace seems to be a bit neglected it still makes for an interesting sight. One thing that the Mysore Palace is famous for is the way it’s lit up during the Mysore Dasara festival which takes place every autumn.