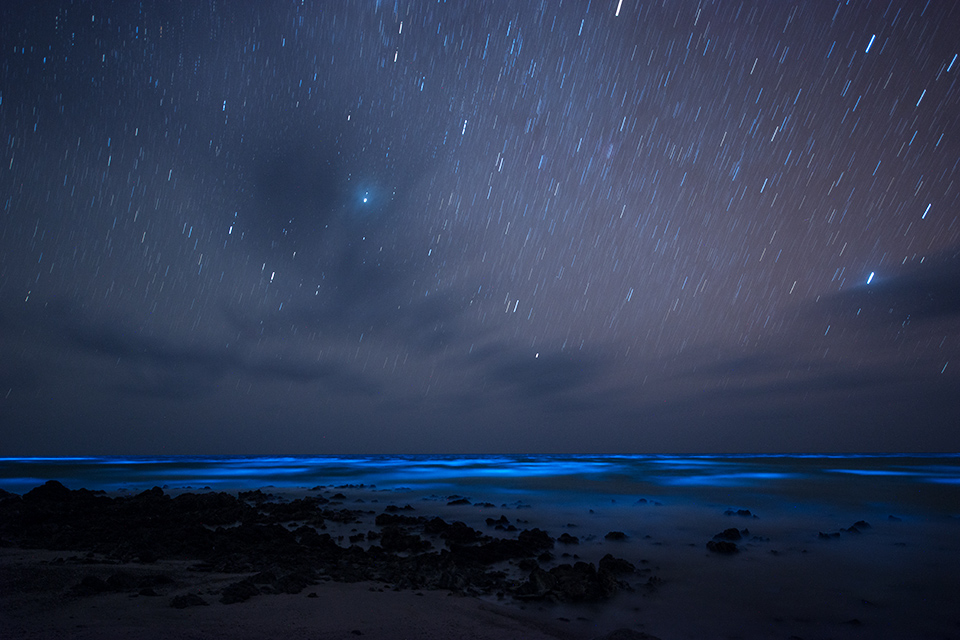 2014 is here and I hope you had a great time seeing in the new year. First of all I would really like to thank all of you who keep visiting my blog as this is the third year in a row that I won an award at the Photoblog Awards and all of you made this possible. This year, my blog was named one of the three most outstanding photoblogs for 2013.

For my new year celebrations, I had a very relaxing  few days in some remote parts of Oman enjoying a bit of downtime and actually not spending too much time with my camera which sometimes is a good thing. I only took about 50 frames in total and the one below is one of them. Now before you go ahead and say this is a photoshopped image done while I was high on something, let me explain. During this time of year, the seas around Oman see a high concentration of fluorescent plankton and as I got to the beach on Masirah Island on the evening of 1st of January, I could clearly see the waves literally lighting up every time they hit the beach. So I took my tripod out, set my camera and took a long exposure (4 minutes) photograph of this scene. Because it was very windy, the clouds were moving fast, interrupting some of the star trails and giving this whole scene a feeling of motion. If you look at the original by hovering over the image, you’ll see that the changes in Photoshop were minimal.