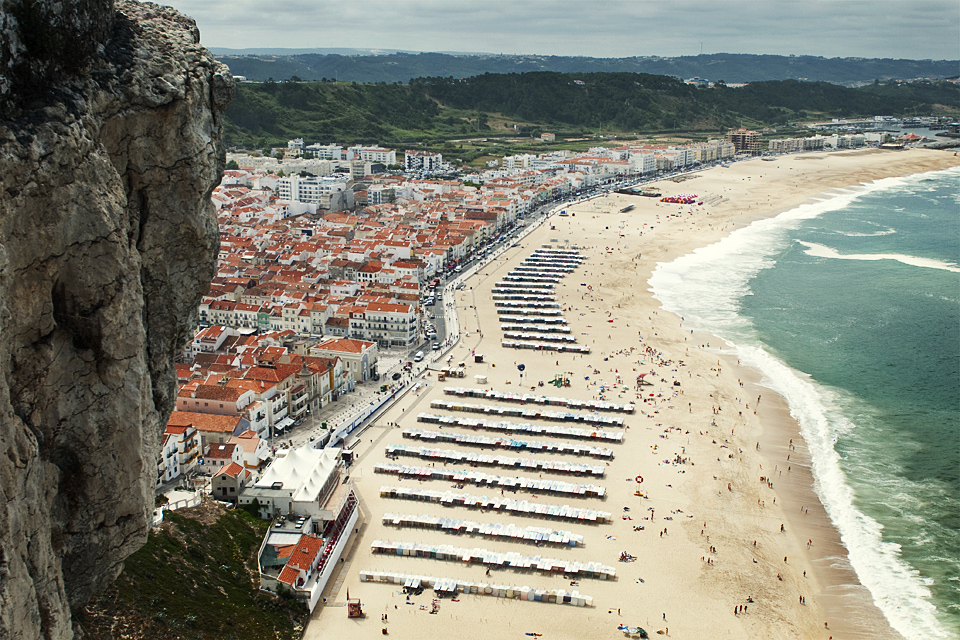 If you happened to catch the post from a few weeks ago in which I was talking about Nazaré, you will know that I’ve promised to post more images from there as it’s a beautiful town that really left an impression on me. It’s located on the Atlantic Coast of Portugal and has some of the best beaches in that part of the world. The town initially started above the main stretch of beach, high-up on the cliffs which provided protection from the invading armies.

The name of the town comes from a small statue of the Virgin Mary, brought by a monk from Nazareth in the Middle East to Europe in the 4th century. The statue spent a few hundred years in Spain and in 711 was brought to its current resting place by another monk and the last Visigoth king, Roderic.

As you can see, the views from high-up above the town are spectacular, with the beach stretching as long as the eye can see and the roofs of the buildings providing a great backdrop for the ocean.