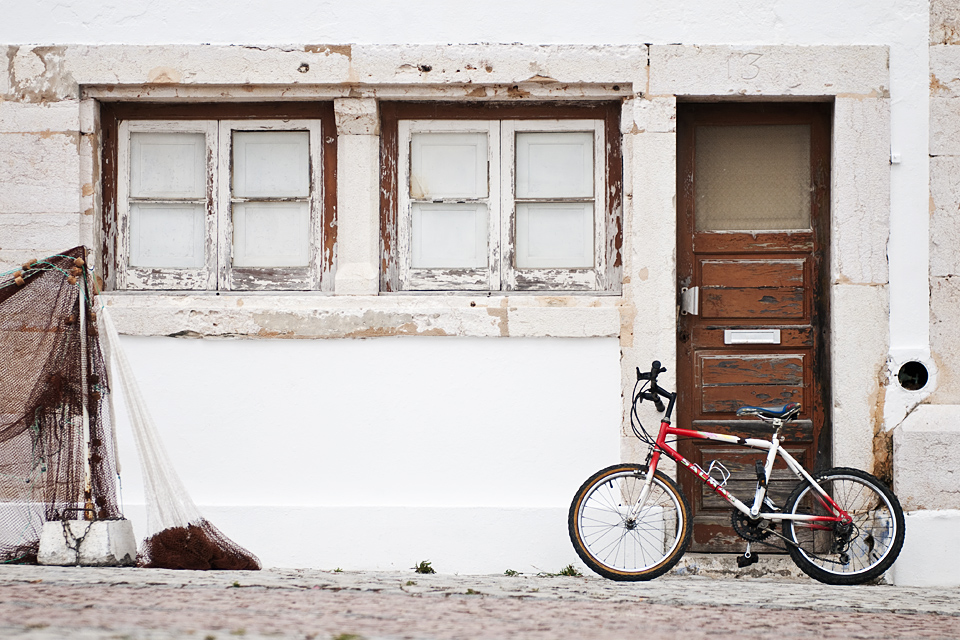 I have been meaning to post this image for quite a while now, but I kept forgetting about it with all the shooting that I’ve been doing around Dubai. There’s not much of a story to the image, but I really like the contrast between this new bicycle and the old house on which it’s leaning. I took this in Portugal in the beautiful town of NazarÃ© (of which I’ve posted an image here) after initially photographing the kid riding this bicycle. I wasn’t too happy with those shots so I waited to see what the kid will do next. Sure enough after a few minutes he left the bicycle against the wall to go play with his friends.

As I said in my previous post, the end of the year is approaching fast and with that my end of the year, traditional, blog post with my favourite images of 2011. I am now going through the 112 images I’ve posted so far this year and selecting one for each month. That post should go online towards the end of this week before I leave for Christmas holidays.