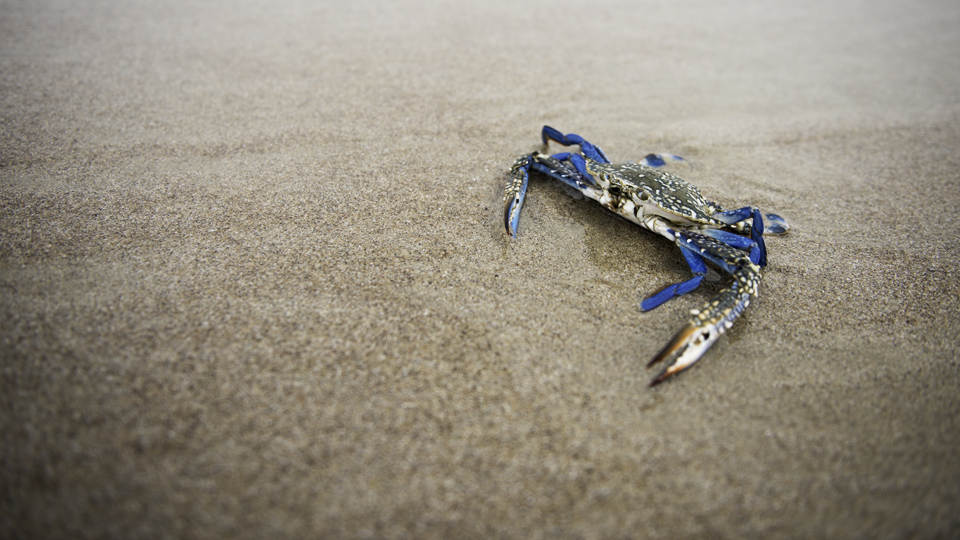 I have just returned from a few days spent on the Omani coastline, about 350km south of Muscat, in a little village called Aseelah. If you’re a long time reader of this blog, you’ve probably heard me talk about this place before as I’ve been visiting it every year since 2004. It’s a part of the Omani coastline that’s very wild and the summer brings really nice temperatures compared to the rest of the Arabian Peninsula (think 25 degrees Celsius compared to 40-45). There’s also plenty of waves and wind for watersports so it’s a great place to spend a couple of days.

On Friday, I took my camera on the beach for a couple of hours and came across this beautiful Blue Crab which in this part of the world is called Saratan. Apparently they’re fairly fast swimmers and get quite aggressive when cornered. This particular one was fairly relaxed so I did manage to grab a few close-up shots.

On another note, I’m working on a couple of really interesting events in the coming months, including a new travel photography workshop, this time to Sri Lanka. If you would like to know more send me an email at info [at] momentaryawe [dot] com and I will let you know as soon as it’s all announced.