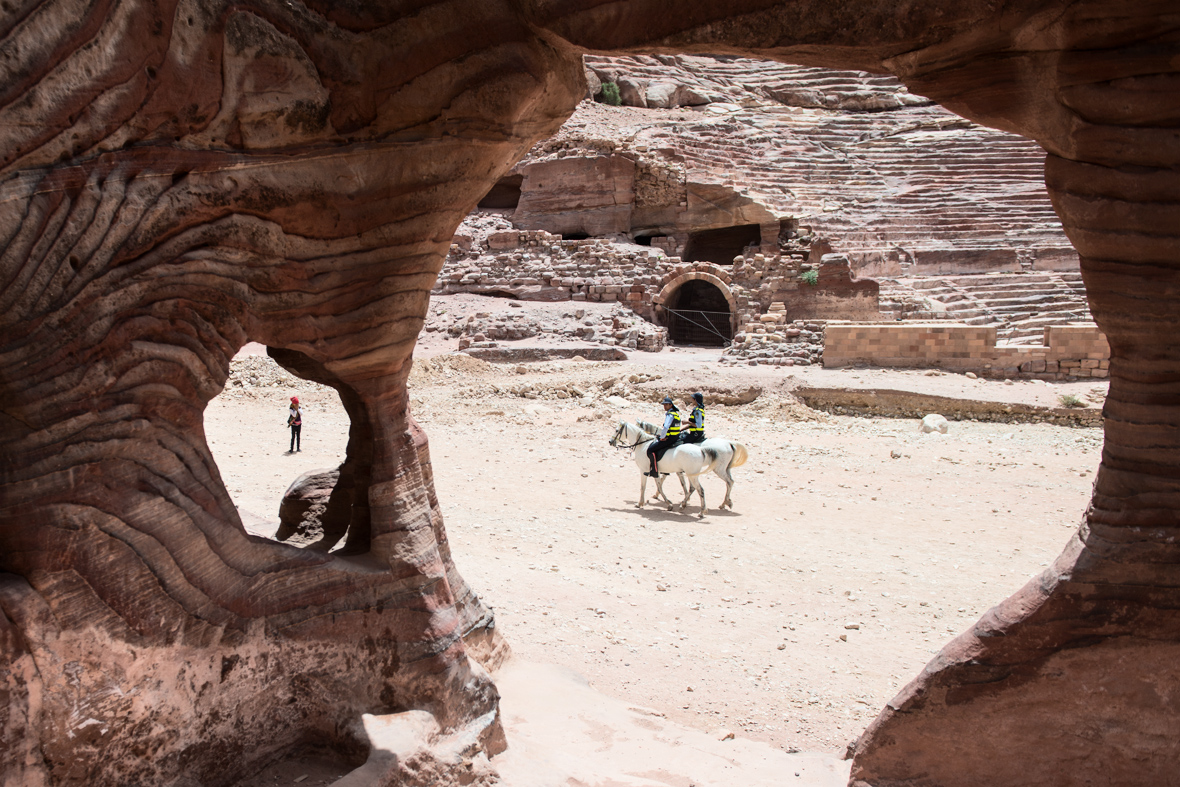 Although Petra is an incredibly beautiful ancient city, it’s not the easiest place to photograph as the light tends to be quite harsh and the colours of the rocks give everything the same tint and not much contrast. So while walking around the place, you photograph some of the main places and then end up looking for interesting moments where you can spot a local doing something interesting or a horse-drawn cart passing by.

This is the case with the above photograph. I spent quite a bit of time waiting for something to happen that would somehow work through both holes in the rock. As I was about to give up, the little girl appeared and then all of a sudden the two policemen rode into view as well. Only after I looked closely at the image I realized that the girl had her hands at her face like she has just been caught by the police doing something wrong.