Out of the mist 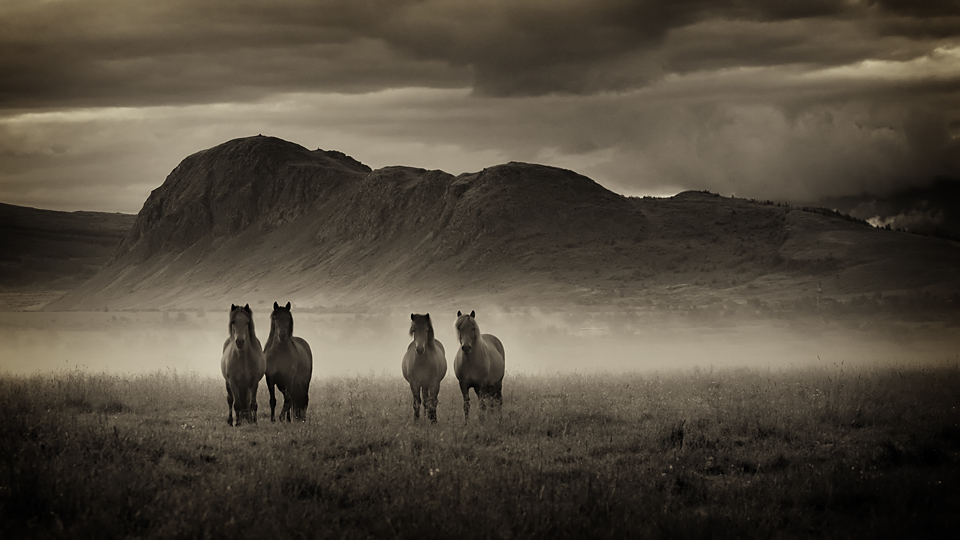 Out of the mist

When driving through the rolling hills of Iceland, you constantly see horses grazing peacefuly. When you look closer, you realize that these are not quite like the horses in the rest of the world. They are Icelandic horses, a breed developed only in Iceland. They are smaller than normal horses with quite long hair, generally long-lived and hardy. They are also extremely friendly and most of the times when you stop next to a farm fence they will come and check you out.

During my second night in Iceland, while still in Reykjavik,Â I went for a drive around the countryside taking photos at Gullfoss until about 1am. On the way back to Reykjavik, the road winds through a very active geothermal area and because the difference between the air temperature (whichÂ was about 5 degrees Celsius) and the ground temperature there is this constant mist floating around. As I was coming around a corner I saw these horses appearing like out of a fairytale, engulfed in mist and I just had to stop. I got quite a few shots like belowÂ with them in the distance and a few closeups, which I’ll post in the next weeks.

This photograph is maybe not as impressive as the landscape ones, but for me, it’s one of my favourite shots I took in Iceland, purely because of the moment it reminds me of.