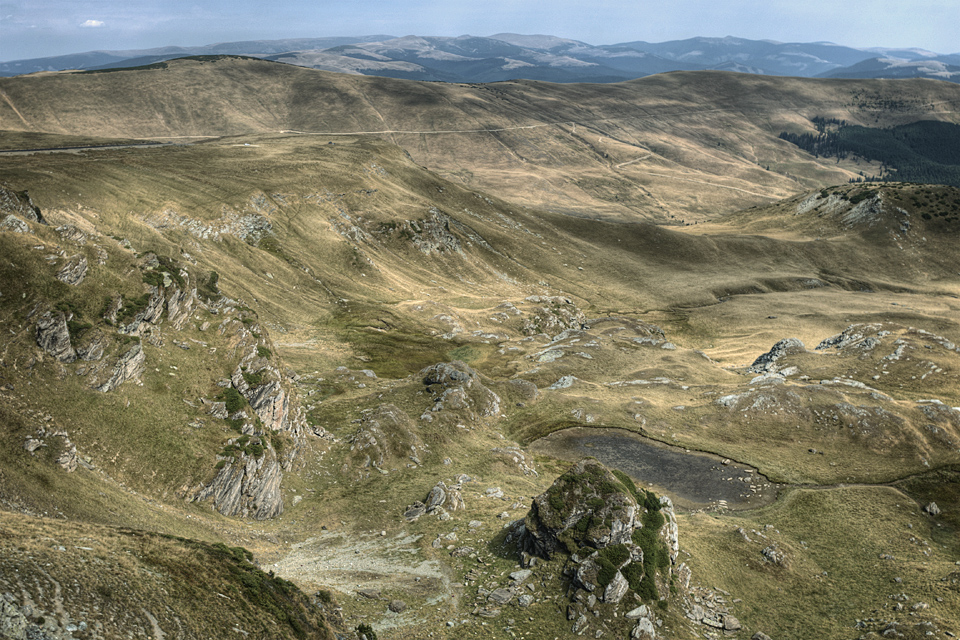 Last week I spent four quick days in Romania as I needed to change my passport for having run out of pages. Although I didn’t really have much time to see friends (sorry!) I managed to get out one day and visit the newly opened road crossing the Parang Mountains from Ranca to Obarsia Lotrului. The road is called Transalpina and is now Romania’s highest, providing great views into the valleys below. It’s difficult to appreciate in the photo below how vast the area is, but if you look closely towards the top right, you will see the road and a couple of cars parked on the side (as tiny dots against the mountains).

The road was paved during World War II and was used for moving supplies, but after the war it was left in disarray and only a few years ago, when Ranca became a popular tourist town, the government started investing again in the infrastructure of the region.

As for the post-processing, it was first done in Photomatix from 5 bracketed exposures with some very “light” settings to bring out the shadows. I then took the resulting image and applied a few more curves for the contrast and a curve to control the colour (increasing the greens and decreasing the blues).